The High Court earlier ruled it must seek parliamentary approval before triggering Article 50 of the EU's Lisbon Treaty. 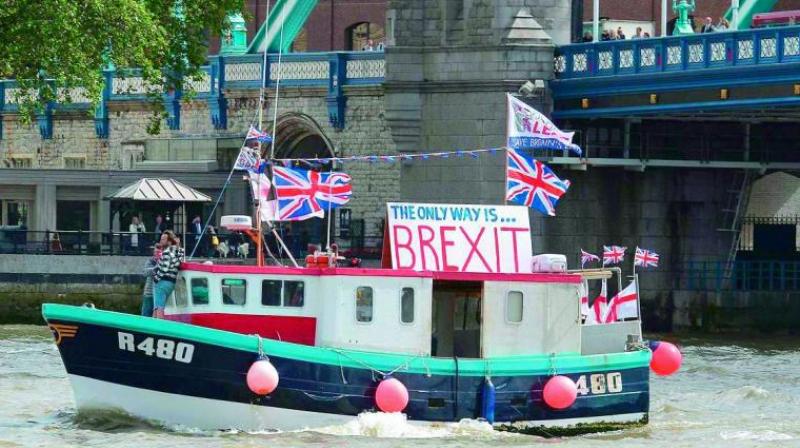 The government believes that leaving the EU automatically means leaving the EEA, but British Influence argues that it must first invoke Article 127 of the EEA agreement, which requires the approval of MPs. (Photo: Representational Image/AFP)

London: The British government could face a legal challenge over whether leaving the European Union automatically would trigger a departure from the single market, the BBC reported Monday.

The pro-EU think tank British Influence will tell Brexit Secretary David Davis that it will seek a judicial review to give parliament a vote on the country's membership of the European Economic Area (EEA), taking the decision out of the government's hands, according to the report.

All EU member states are in the EEA, which allows the tariff-free movement of goods, services, capital and labour.

The government believes that leaving the EU automatically means leaving the EEA, but British Influence argues that it must first invoke Article 127 of the EEA agreement, which requires the approval of MPs.

"There is a strong chance that the UK will be acting unlawfully by taking us out of the EEA with Brexit so we are going to be petitioning for a judicial review" Jonathan Lis, deputy director of British Influence, told the BBC.

"Given Article 127 provides an express mechanism for withdrawal, it implicitly excludes other implied mechanisms for withdrawal such as ceasing to be a member of the EU," added lawyer Jolyon Maugham.

Conservative MP and Brexit supporter Dominic Raab accused the lawyers of "coming up with new legal wheezes to try and frustrate the will of the people".

"The public have spoken; we should respect the result and get on with it, not try to find new hurdles that undermine the democratic process."

The government is already fighting another Brexit legal battle after the High Court ruled it must seek parliamentary approval before triggering Article 50 of the EU's Lisbon Treaty, serving notice of its intention to leave the bloc.

Britain's Supreme Court will hear the government appeal next week.