Investigators were still trying to determine cause of explosion, which destroyed most of the home. 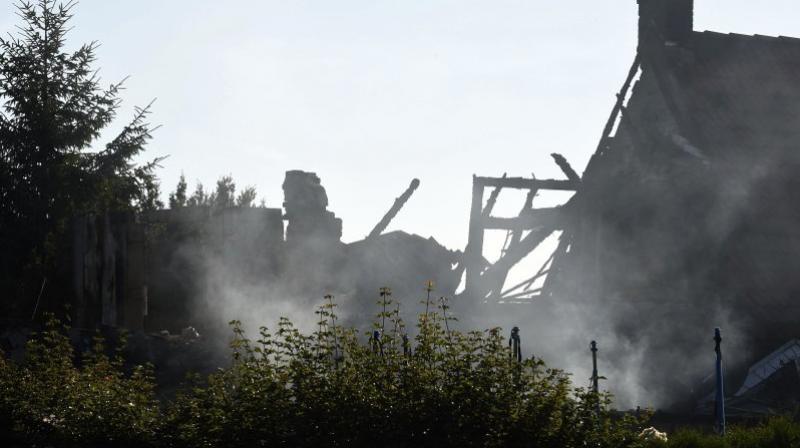 Around 70 firefighters were able to put out the blaze that followed the explosion. (Photo: AP)

Berlin: German authorities say three people have been killed in a massive explosion on the upper floor of a row house in the northern city of Bremen.

Police told the DPA news agency that rescue crews had found the bodies of a 41-year-old woman and her seven-year-old son, as well as that of a 70-year-old neighbour after the Thursday morning explosion.

Investigators were still trying to determine the cause of the explosion, which destroyed most of the home.

Around 70 firefighters were able to put out the blaze that followed the explosion but investigators were still waiting on the rubble to cool before beginning their work.