Coronavirus was mentioned as one of the causes of death in 8,758 cases. 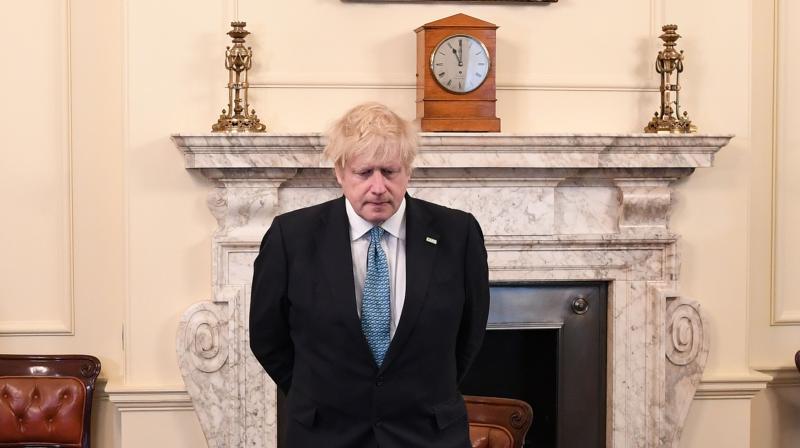 UK Prime Minister Boris Johnson maintains a minute's silence to honour the frontline workers who lost their lives in the coronavirus outbreak. (AFP)

LONDON: Official figures show that the number of deaths recorded in England and Wales in the  week to April 17 was around double the usual amount a clear indicator of the scale of the human cost of the coronavirus epidemic.

The Office for National Statistics said that a total of 22,351 of people in England and Wales died in the week, the highest since comparable records began in 1993. The total was 11,854 more than the rolling five-year average.

In its analysis of death certificates, which take longer to compile than deaths recorded in hospitals, the statistics agency said the coronavirus was mentioned as one of the causes of death in 8,758 cases, nearly 40 per cent of the total.

It also said that 4,316 deaths involving Covid-19 had been registered up to April 17 outside of hospitals with 3,096 in care homes. The equivalent figure for hospital deaths over the period is 14,796.

The daily figures presented by the government only show the number of people dying in U.K. hospitals, including those in Scotland and Northern Ireland. As of Monday, 21,092 people had died in U.K. hospitals.