Jair Bolsonaro and Emmanuel Macron have repeatedly locked horns in the past week over the fires ravaging the Amazon basin. 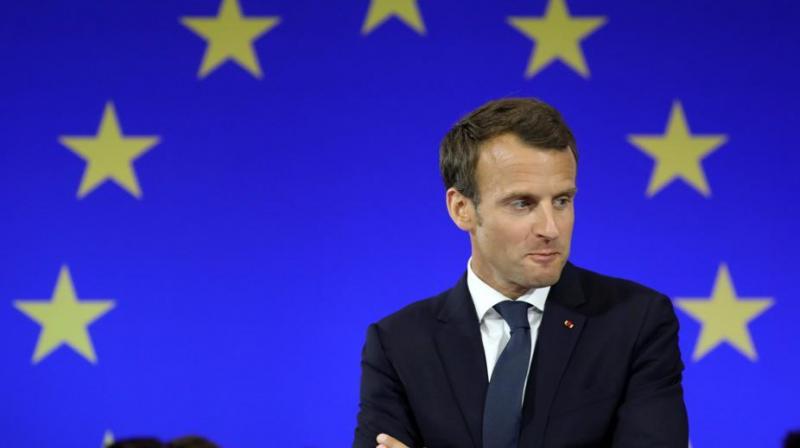 Ahead of the G7 summit, Macron had bitterly accused Bolsonaro of lying to him at the G20 meeting in Osaka in June about his commitments on climate change. (Photo: AFP)

Biarritz: French President Emmanuel Macron on Monday condemned "extraordinarily rude" comments about his wife Brigitte by his Brazilian counterpart Jair Bolsonaro in an escalating spat between the two men.

Bolsonaro and Macron have repeatedly locked horns in the past week over the fires ravaging the Amazon basin, one of the main topics at the G7 summit the French president was hosting in Biarritz.

But Bolsonaro's endorsement of vicious personal comments about Macron's wife posted online appeared to force their relationship to a new low.

"He has made some extraordinarily rude comments about my wife," Macron said at a press conference in Biarritz.

"What can I say? It's sad. It's sad for him firstly, and for Brazilians."

On Sunday, a Bolsonaro supporter posted a message on Facebook mocking the appearance of Brigitte Macron and comparing her unfavourably with Brazil's first lady Michelle Bolsonaro.

"Now you understand why Macron is persecuting Bolsonaro?" the man wrote next to an unflattering picture of Brigitte Macron, 66, who is 29 years older than Bolsonaro's wife, Michelle.

"And as I feel friendship and respect towards the Brazilian people, I hope that they will very soon have a president who behaves in the right way."

Bolsonaro, who has accused Macron of having a colonialist attitude, immediately lashed out at the French leader over his latest remarks on Monday.

"We cannot accept a president, Macron, launching unreasonable and gratuitous attacks on the Amazon, or masking his intentions behind the idea of an 'alliance' of G7 countries to 'save' the Amazon, as if we were a colony or a no-man's land," the far-right Brazilian leader tweeted.

"Respect for the sovereignty of every country", he added, was "the minimum we can expect in a civilised world."

Ahead of the G7 summit, Macron had bitterly accused Bolsonaro of lying to him at the G20 meeting in Osaka in June about his commitments on climate change.

Macron added that as a result, France would no longer back the planned Mercosur Free Trade Agreement between Latin America and the EU.

Bolsonaro blasted Macron for having a "colonialist mentality" after he tweeted that the fires burning in the Amazon basin amounted to an international crisis and should be discussed as a top priority at the G7 summit.

In another sign of tension, Bolsonaro skipped a meeting this month with visiting French Foreign Minister Jean-Yves Le Drian, saying that he had instead gone to the hairdresser.

"I respect every leader elected by their country, as I respect all the peoples of the countries," Macron said Monday.

But Bolsonaro, he said, had gone back on his climate pledges and "then he had a meeting with his barber when he was supposed to meet the foreign minister."

Macron has repeatedly stated that he sees the world as dividing into "progressives" such as himself and nationalists, whom he has compared to leprosy.