2 killed as Russian plane crashes into building during emergency landing 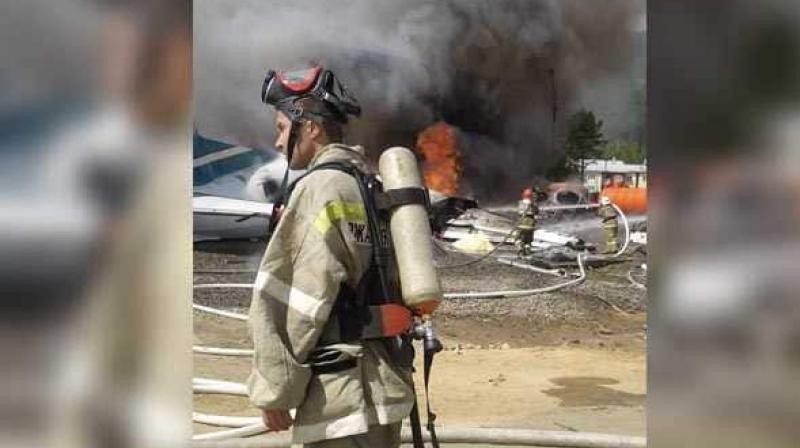 The plane belonged to regional Angara airline and was on a regular flight. (Photo: Instagram/ buryatiaofficial)

Moscow: A Russian passenger plane overshot the runway, crashed into a building and caught fire at an airport in Siberia on Thursday, killing two crew members, officials said.

The small AN-24 aircraft, travelling from Ulan-Ude in Siberia, was attempting an emergency landing at Nizhneangarsk airport, the regional government of Buryatia said.

But the plane went 100 metres off the tarmac and "crashed into a waste treatment facility building".

Two crew members were killed and 43 passengers, including a child, survived.

Investigators launched a probe into possible violation of air safety regulations, the transport investigators of Eastern Siberia said in a statement.

The plane belonged to regional Angara airline and was on a regular flight.