The plan calls for the sale of cannabis to adults at licensed outlets, and the aim is to combat the black market 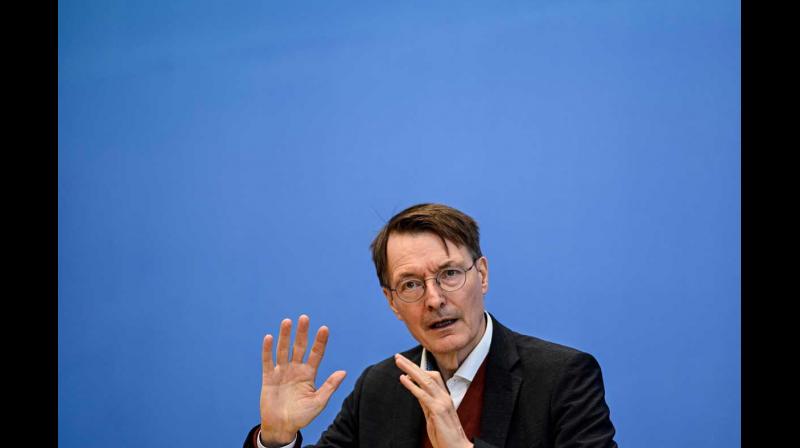 BERLIN: Germany's health minister on Wednesday unveiled plans to decriminalise the possession of up to 30 grams (1 ounce) of cannabis and allow the sale of the substance to adults for recreational purposes.

A question mark remains over whether the plan approved by the Cabinet will go ahead because the government first wants to be sure that it is compatible with European Union law. Health Minister Karl Lauterbach said it will only go ahead with legislation if that is the case.

The plan calls for the sale of cannabis to adults at licensed outlets, and the aim is to combat the black market, Lauterbach said. He added that the government intends to regulate the market tightly.

Legalising controlled sales of cannabis is one of a series of reforms outlined in last year's coalition deal between the three socially liberal parties that make up Chancellor Olaf Scholz's government.

They said the plan would ensure quality control while also protecting young people, and agreed that the social effects of the new legislation would be examined after four years.

Among other liberalising plans, the government has removed from Germany's criminal code a ban on doctors advertising abortion services.

It also wants to ease the path to German citizenship, lift restrictions on dual citizenship and reduce the minimum age for voting in national and European elections from 18 to 16.

The government also wants to scrap 40-year-old legislation that requires transsexual people to get a psychological assessment and a court decision before officially changing gender, a process that often involves intimate questions. It is due to be replaced with a new self-determination law.