After cops asked bare-breasted bathers to cover up on a Mediterranean beach, uproar ensued and reached the ears of French interior minister 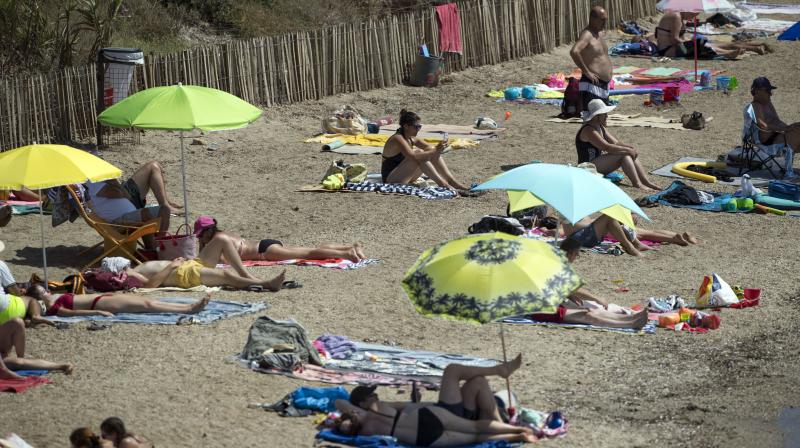 Beachgoers enjoy a hot day in the sun at a beach in Bormes-les-Mimosas, southern France. (AP File)

Paris: On top of the virus and the sinking economy, France’s government has a new problem to worry about: defending women’s liberty of topless sunbathing.

After police asked bare-breasted bathers to cover up on a Mediterranean beach last week, uproar ensued – and bubbled up all the way to the French interior minister in Paris.

“It was unfounded when two women were reproached for their clothing on the beach,” Gerald Darmanin tweeted Monday. “Freedom is a precious asset.”

Topless bathing is legal in France, though local authorities can impose clothing rules in specific areas. No such restrictions were in place for the beach in Sainte-Marie la Mer.

Local police released a statement saying the officers were just trying to calm the mood after a vacationing family on the beach told police the topless bathers made them uncomfortable.

The national gendarme service spokesman acknowledged a “blunder” by the police in question – but added, tongue-in-cheek, that “you’ll always see me in uniform.”