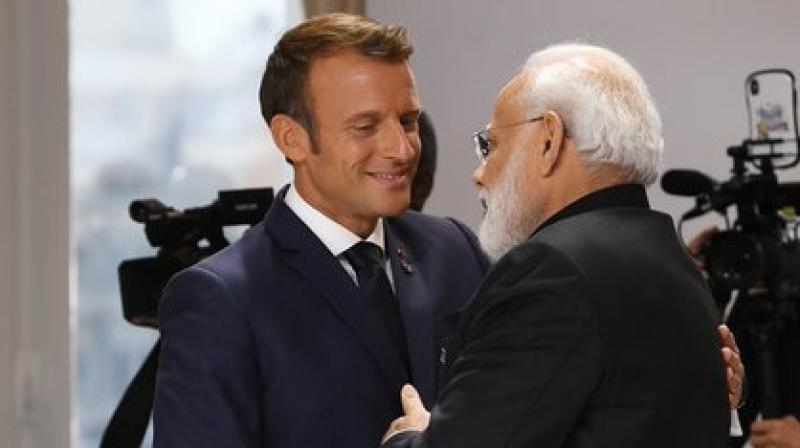 Modi is attending the G7 Summit in this French town of Biarritz on special invitation of French President Emmanuel Macron. (Photo: ANI)

Modi is attending the G7 Summit in this French town of Biarritz on special invitation of French President Emmanuel Macron.

In his address to the Indian community at the UNESCO headquarters in Paris last week, Modi said India will achieve most of the COP 21 climate change goals set for 2030 in the next one and half years.

The 21st session of the Conference of the Parties (COP21) of the United Nations Framework Convention on Climate Change (UNFCCC) was held in Paris from November 30 to December 12 2015 that saw the participation of 195 nations.

The nations negotiated and adopted the Paris Agreement in which India made four commitments, including reducing greenhouse gas emission intensity of its GDP by 33-35 per cent below 2005 levels by 2030, under its Nationally Determined Contributions (NDC).

It also pledged that 40 per cent of India's power capacity would be based on non-fossil fuel sources and that the country will create an additional 'carbon sink' of 2.5 to 3 billion tonnes of carbon dioxide equivalent through additional forest and tree cover by 2030.

The country had decided to better adapt to climate change by enhancing investments in development programmes in sectors vulnerable to climate change, particularly agriculture, water resources, Himalayan region, coastal regions, health and disaster management. India had ratified the Paris agreement on climate change in 2016 to become the 62nd nation to join the deal.