To defend the right of Muslim Women, members of the group Citizen Alliance of Grenoble had launched 'Operation Burkini' last month. 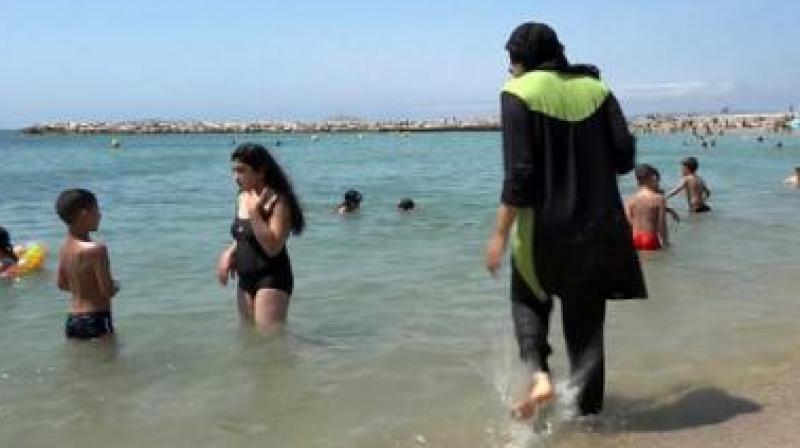 Burkini, which comes from the combination of words 'burka' and 'bikini' however still remains controversial in France. (Photo: Representational I AP)

France: A protest was held recently at the Jean Bron swimming pool in France. It is one of the many pools in the country that has banned Burkinis.

Burkini, which comes from the combination of words 'burka' and 'bikini' however still remains controversial in France.

To defend the right of Muslim Women, members of the group Citizen Alliance of Grenoble had launched 'Operation Burkini' last month.

As reported by BBC, the Muslim members of the group were warned by lifeguards that they were not allowed to enter the pool in their burkinis.

The members paid no heed to the warning and entered the pool. They bathed for an hour with members of the community who cheered and applauded them.

A petition was signed in 2018 by more than 600 women urging the Grenoble Mayor Eric Piolle to reform the rules in France.

Matthieu Chamussy, a member of France's centre-right party The Republicans, Matthieu Chamusst said: 'Political Islam is moving forward step by step and the cause of women receding'

Burkinis are considered as a symbol of political Islam and not compatible with secularism in many parts of France.

France was the first country to ban the full-faced veil in 2010.