Europe will strike back if Trump imposes new tariffs on EU goods: France 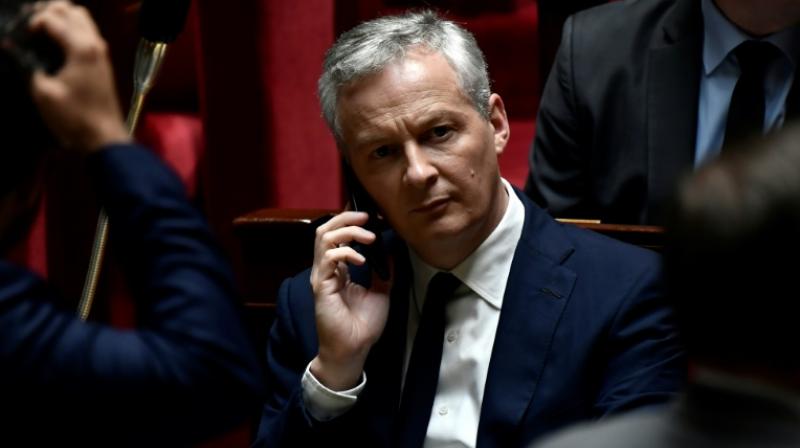 The EU on Friday imposed a range of tariffs on goods worth 2.8 billion euros (USD 3.3 billion) in a tit-for-tat response to Trump's decision to apply stiff tariffs on European steel and aluminium exports. (Photo: AFP)

The EU on Friday imposed a range of tariffs on goods worth 2.8 billion euros (USD 3.3 billion) in a tit-for-tat response to Trump's decision to apply stiff tariffs on European steel and aluminium exports.

In response Trump threatened on Twitter to slap a 20 per cent tariff on European car imports, heightening worries of a trade war which could dent growth on both sides of the Atlantic.

"If the US hits us again with a 20 per cent tariff on automobiles, we will respond again," Le Maire told journalists in Paris.

"We don't want this to escalate, but we're the ones being attacked," he said.

The EU tariffs, applied to items ranging from blue jeans to bourbon, appear designed in part to hit industries which are predominantly active in states dominated by Trump's Republican Party.

"We want President Trump to change his mind. So it's legitimate for us to use every method at our disposal to make Mr Trump understand that we do not accept his decision," Le Maire said.

"If the penalties hit Republican states, and if that can make Republicans understand that this policy is unacceptable, so much the better."

Le Maire also said the trade dispute underscored the importance of deeper integration in the eurozone, which would foster stronger companies that could better compete on the global stage.

Yet eurozone members remain sharply divided on the French-German agreement announced this month including proposals such as a common budget and a move to harmonise corporate taxes.

The competing visions will clash at an EU summit in Brussels this week, with the Netherlands leading a charge to scupper the budget plan.

"It is perfectly legitimate that some states express their concerns, their need for clarifications -- it's normal," Le Maire said.

"It's now up to us and our German friends to explain, to convince, and above all to ask for proposals," he added.

"We're not aiming for an agreement on Thursday and Friday on the French-German proposals... What we want is to set up a process for discussions and negotiations."

Given the all-night meetings required over the past year to obtain the "historic" accord with Germany, he said, it would be unrealistic to secure an EU deal soon.

"It's the first time in 15 years that I've been staying up all night -- to deepen the eurozone," Le Maire said.

"I've never seen so many sunrises in my life."