A fifth terrorist cell was disrupted by arrests linked to other offences that have removed suspects from the streets, The Times reported. 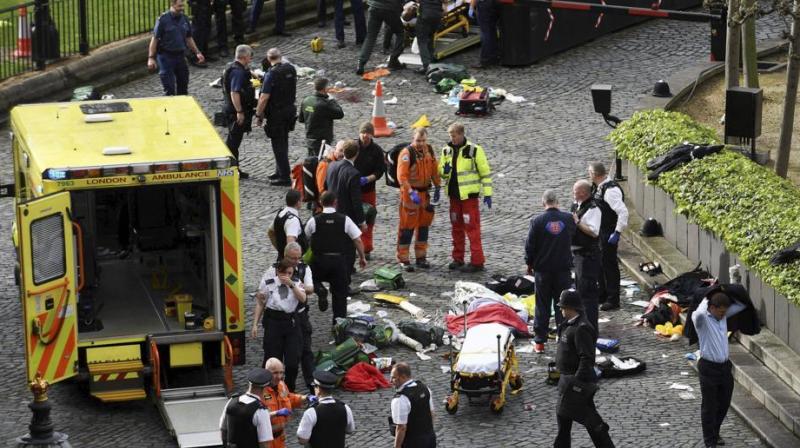 Three of the plots involved the use of knives two in London and one in Birmingham and another plot in London using an unspecified means of attack. (Photo: Representational/ AP)

London: British security forces have foiled at least five terror plots since a knife-wielding man in a speeding car mowed down four pedestrians to death and fatally stabbed a policeman near the UK Parliament in March, according to a media report.

Heightened anti-terror operations in the country since 52-year-old Khalid Masood attacked the parliament on March 22 had prevented loss of lives at five other British targets, the report quoted security sources as saying.

Three of the plots involved the use of knives two in London and one in Birmingham and another plot in London using an unspecified means of attack.

A fifth terrorist cell was disrupted by arrests linked to other offences that have removed suspects from the streets, 'The Times' reported. The figure for just two months of this year is much higher than the total of 13 foiled terror plots in the three years between 2013 and March 2017.

It also emerged that MI5 spies are currently juggling around 500 active investigations relating to 3,000 people of interest, which had included Salman Abedi the 22-year-old Libyan-origin man behind Monday night's suicide bombing at an Ariana Grande concert in Manchester.

"MI5 is managing about 500 active investigations, involving some 3,000 subjects of interest at any one time. Abedi was one of a larger pool of former subjects of interest whose risk remained subject to review by MI5 and its partners," the newspaper quoted a government source as saying.

"Where former subjects of interest show sufficient risk of re-engaging in terrorism, MI5 can consider reopening the investigation, but this inevitably relies on difficult professional judgments based on partial information," he said.

The scale of the anti-terrorism challenge has been highlighted as Britain's security services were criticised forallegedly missing chances to stop Salman Abedi, who had been the subject of radicalisation reports from his community and family members.