France set to engage military in fight against Covid19 outbreak

France has reported 1,331 official coronavirus deaths since the first case was reported in January 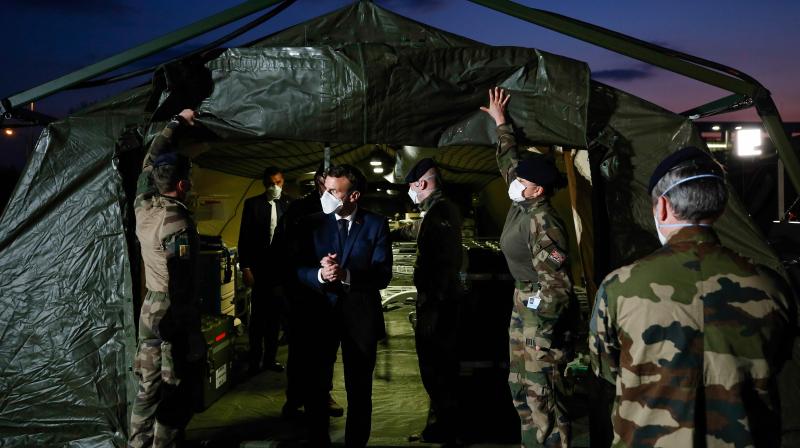 France like other nations has already imposed a nationwide ban on non-essential movement and closed schools and restaurants in a bid to stop the spread of the pandemic.

The military operation, named "Resilience", will focus on "aiding and supporting the population, as well as helping public services face the epidemic in mainland France and overseas", Macron said on Wednesday.

"Unity and courage will allow us to overcome this, we are only at the beginning, but we will hold out," Macron added, declaring that France was "at war".

The comments came after the president visited a military field hospital set up by the army in the eastern Mulhouse region which has been badly hit by the coronavirus.

"The whole nation has been mobilised" in the fight against the disease, said a masked Macron, who also promised more investment for hospitals.

France has reported 1,331 official coronavirus deaths since the first case was reported in January. More than 11,500 people have tested positive for the virus.

The government will announce over the coming days for how long the country's lockdown measures would continue, spokeswoman Sibeth Ndiaye said.