Knights of Malta head resigns amid spat with Pope Francis

Festing had cited the Knights’ status as a sovereign entity in refusing to cooperate with what he said was an act of internal governance. 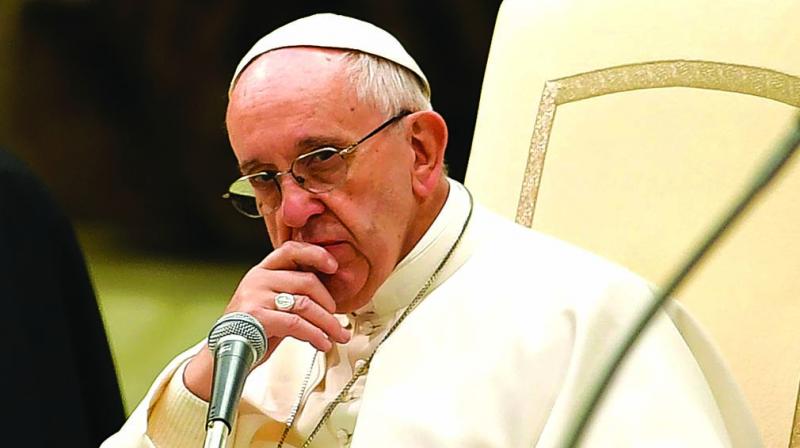 Rome: In a remarkable turnaround, the head of the Knights of Malta resigned after publicly defying Pope Francis over the ouster of a top official involved in a condom scandal, the ancient lay Catholic order said Wednesday.

Matthew Festing, 67, decided to resign after meeting with the pope on Tuesday, the order’s spokeswoman Marianna Balfour told The Associated Press. “I can confirm this,” Balfour said in an email, adding a statement would be forthcoming.

Mr Festing had refused to cooperate with a papal commission investigating his ouster of the order’s grand chancellor, Albrecht von Boeselager, over revelations that the Knights’ charity branch had distributed condoms under his watch. Festing had cited the Knights’ status as a sovereign entity in refusing to cooperate with what he said was an act of internal governance.

The remarkable showdown though was fraught from the start given Mr Festing took a promise of obedience to the pope as a top-level knight, and regardless was the leader of a prominent Catholic order who was entering into a public fray with the leader of the Catholic Church.

The spat unfolded against the backdrop of Francis’ increasing clashes with more conservative elements in the church, especially those for whom sexual ethics and doctrinal orthodoxy are paramount. The dispute had once again pit Francis against Cardinal Raymond Burke, a leading conservative and Francis critic who also happens to be the pope’s envoy to the order. Mr Burke had been by Mr Festing’s side on December 6 when the latter first asked, then demanded Mr Boeselager’s resignation. Mr Boeselager refused, and was ousted two days later under a disciplinary procedure he contends violated the order’s own rules.

Festing’s resignation, some nine years into a life term, appears to set the stage for the Knights’ to convene an assembly to elect a new leader. Many of the orders members had lamented how the confrontation with the Holy See had drawn unwanted negative attention to the order, which relies on donations to fund its huge charity works around the globe.

Mr Festing suspended Boeselager over revelations that the Knights’ charity branch Malteser International had distributed thousands of condoms to poor in Myanmar under his watch.