Theresa May's government intends to start formal exit talks with the EU by the end of March. 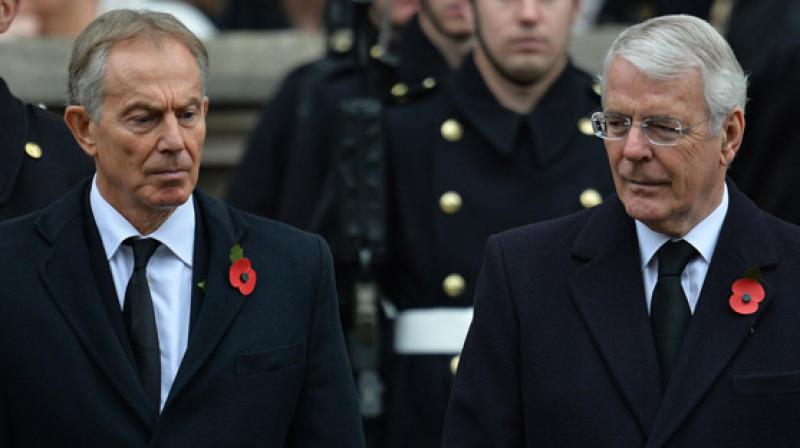 London: Former British prime minister John Major believes there is a "credible case" for a second referendum on Brexit, a newspaper reported Friday, after his successor Tony Blair suggested the process could be stopped.

Major, a former leader of Prime Minister Theresa May's Conservative party, warned against the "tyranny of the majority" in implementing the June vote to leave the European Union, in which 52 percent opted for Brexit.

"I hear the argument that the 48 percent of people who voted to stay should have no say in what happens. I find that very difficult to accept," he told a dinner this week, according to The Times newspaper.

"The tyranny of the majority has never applied in a democracy and it should not apply in this particular democracy."

Asked if the public should be given another say on the terms of the withdrawal deal, Major reportedly said: "That is a matter for parliament. You can make a perfectly credible case for it.

"I don't know whether that will happen. I think we need to see how things pan out before we decide exactly what needs to be done."

He said he accepted Britain would not remain a full member of the EU but still hoped for a deal that would enable the country to stay as close as possible to the union and its single market.

The comments by Major, who led Britain between 1990 and 1997, were published the day after his Labour successor suggested that Brexit could still be halted.

"It can be stopped if the British people decide that, having seen what it means, the pain-gain cost-benefit analysis doesn't stack up," Blair told the New Statesman magazine.

He added: "I'm not saying it will (be stopped), by the way, but it could. I'm just saying: until you see what it means, how do you know?"

Blair, a fervent pro-European who was prime minister from 1997 to 2007, said: "I think, in the end, it's going to be about parliament and the country scrutinising the deal."

May's government intends to start formal exit talks with the EU by the end of March.

She has said parliament would likely vote on the final deal but is resisting calls to give lawmakers a say before the negotiations begin.

The Supreme Court is due next month to hear the government's appeal against a lower court ruling that parliament must approve the triggering of Article 50 of the EU's Lisbon Treaty, which begins formal exit talks.