Pilots are demanding a pay rise of an average of 3.66 percent per year, retroactive for the past five years. 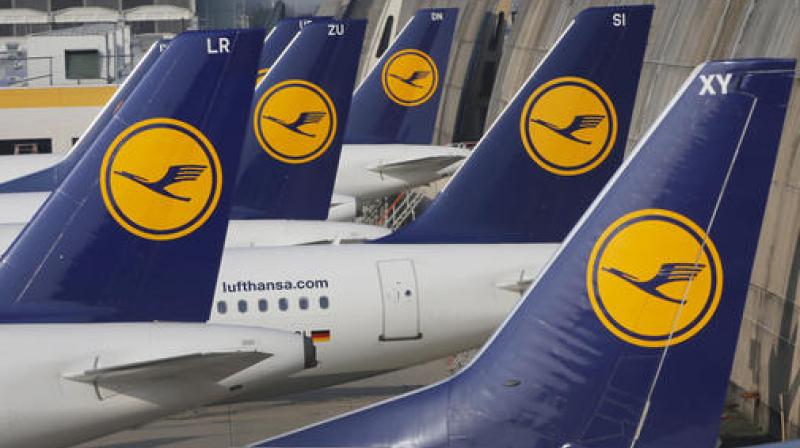 More than 2,700 flights have now been cancelled since the start of the walkout, causing travel disruptions for over 345,000 passengers, Lufthansa said in a statement. (Photo: AP)

The airline said it would also scrap 137 long-haul flights on Saturday after the pilots' union Cockpit announced another extension of the stoppage.

More than 2,700 flights have now been cancelled since the start of the walkout, causing travel disruptions for over 345,000 passengers, Lufthansa said in a statement. It is the pilots' 14th strike since April 2014.

Cockpit is demanding a pay rise of an average of 3.66 percent per year, retroactive for the past five years. The management is offering 2.5 percent.

Austrian Airlines and Swiss part of the Lufthansa group -- have tried to pick up some of the slack by expanding their service to Germany.

The group's other airlines -- including Germanwings, Air Dolomiti and Brussels Airlines -- have not been affected by the strike.

Affected passengers can rebook their flights without charge or request rail travel vouchers, the airline said.

Lufthansa's hub management board member Harry Hohmeister said on Thursday it was "not possible" to meet the pilots' demands.

"The starting point is that we already pay our pilots far better than our competitors," he said.

The airline said last month that it expects its annual earnings before interest and tax will reach "approximately previous year's level" of 1.8 billion euros ($1.9 billion).

Lufthansa has been battling a series of walkouts by both the pilots and cabin crew over the last two years, as it seeks to bring down costs to survive competition from budget rivals such as EasyJet and Ryanair.

The German carrier has responded by focusing on long-haul flights and catering to business and first-class passengers.

In July, it ended a long-running dispute with cabin crew through a deal on pay and working conditions, including a no-strike agreement and job guarantees until 2021.

The breakthrough came after cabin staff staged the longest walkout in Lufthansa's history last November, with a seven-day stoppage that led to 4,700 flight cancellations and grounded over half a million passengers.