The 'Alternative G7' began at the Ficoba trade fair in Irun on Wednesday and saw the participation of hundreds of civil society group. 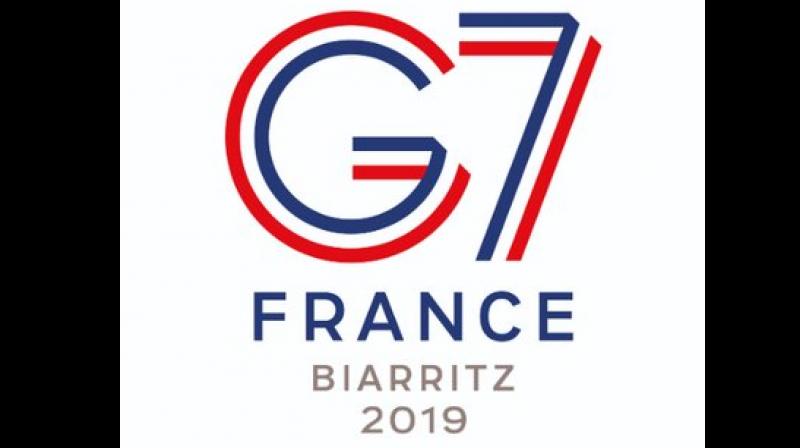 In the summit, over 40 lectures and 50 workshops on topics ranging from migration to feminism took place. (Photo: File)

France: Organisers estimate that at least 15,000 people marched against the G7 summit from France's Hendaye to Spain's Irun on Saturday.

They joined the Yellow Vest protesters in the demonstration held near Biarritz, which is hosting the latest G7 Summit, and demanded action from leaders of the G7 nations, according to Euronews.

"More than 15,000 people marched this morning in the #BasqueCountry #counterG7 to send a strong message to the world: another world is possible! we're the alternative! We must stop the #G7 pyromaniacs!!" G7 EZ, one of the organisers tweeted.

"We're the people! This is real democracy at work and we do have alternatives! We overcame the military occupation and took the streets! From the #BasqueCountry to the world: we're building a better world for all! We'll stop the antidemocratic and irresponsible #G7! #NoG7 #G7EZ," they added.

The 'Alternative G7' began at the Ficoba trade fair in Irun on Wednesday and saw the participation of hundreds of civil society group. The protests march was the highlight of the alternative summit.

In the summit, over 40 lectures and 50 workshops on topics ranging from migration to feminism took place.

"If we don't achieve a feminist society, we are not going to achieve an egalitarian society," Euronews quoted a spokesperson for the organisers as saying.