Qatar had said that the ultimatum by Saudi Arabia, the United Arab Emirates, Egypt and Bahrain was unreasonable. 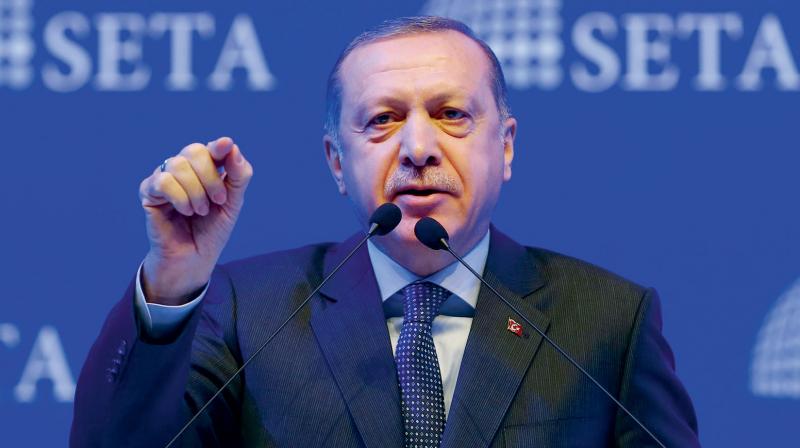 Istanbul: Turkish President Tayyip Erdogan said on Sunday he backed Qatar's response to a list of demands issued by Arab states boycotting the Gulf emirate, and said calls for a Turkish military base there to close were disrespectful.

Qatar has described the pressure by its larger neighbours as an "illegal blockade" aimed at curbing its sovereignty, and said that the ultimatum by Saudi Arabia, the United Arab Emirates, Egypt and Bahrain was unreasonable.

Erdogan said Turkey appreciated and endorsed Qatar's response to the 13 demands, which include closing the Al Jazeera satellite television network, curbing relations with Iran and shutting a Turkish base in Qatar.

Erdogan said Turkey had offered to set up a military base in Saudi Arabia as well as Qatar, but Riyadh had not responded.

"Even though they still didn't come back to us on this, asking Turkey to pull back its troops (from Qatar) is disrespectful against Turkey," he said.

Speaking outside a mosque in Istanbul after prayers marking the Muslim Eid al-Fitr holiday, Erdogan said he would continue his planned programme despite feeling briefly unwell.

"I had a little condition about my blood pressure, related to my diabetes," he said.