The London Fire Brigade is also working to evacuate residents from an estate in north London. 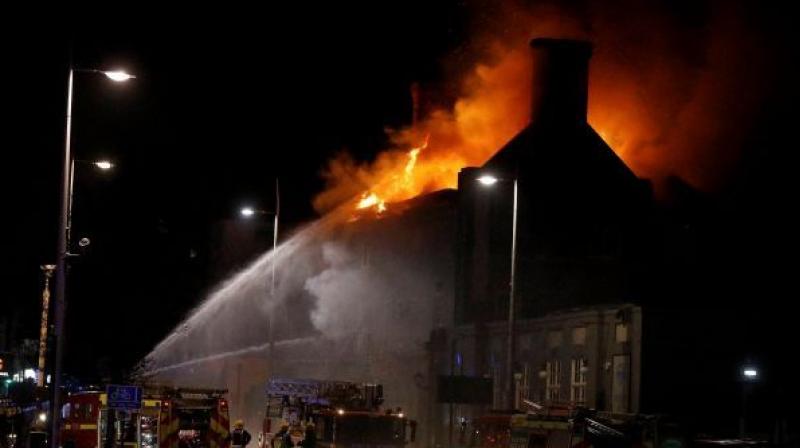 Britain has been rocked in recent days by a fire which killed at least 79 people when it engulfed a 24-storey building in west London on June 14. (Photo: Representational/AP)

London: Ten fire engines and 72 firefighters were battling a blaze in east London on Saturday after flames engulfed a third-floor apartment in a low-rise block of buildings, injuring one man who was taken to hospital.

Britain has been rocked in recent days by a fire which killed at least 79 people when it engulfed a 24-storey building in west London on June 14, trapping residents in their beds as they slept.

That fire at Grenfell Tower spread rapidly, turning the burning building into a giant torch and terrifying residents.

The worst fire to hit the capital since World War Two has prompted a nationwide review of high-rise buildings after police said the cladding used on Grenfell had failed all safety checks.

The London Fire Brigade, which is also working to evacuate residents from an estate in north London found to have similar cladding to Grenfell, said it had been called on Saturday to a building in Bethnal Green, east London, where the third floor apartment and roof were on fire. It had received 50 calls to its emergency telephone line.

“Firefighters from Bethnal Green and surrounding fire stations are attending the scene,” they said in a statement. “The cause of the fire is not known at this stage.

“The whole of a flat on the third floor and roof is also alight. A man has been taken to hospital by London Ambulance Service crews.”