Need to teach boys to be men: Malala Yousafzai at WEF

Malala, said she realised education was not just about reading books but about the empowerment of women too. 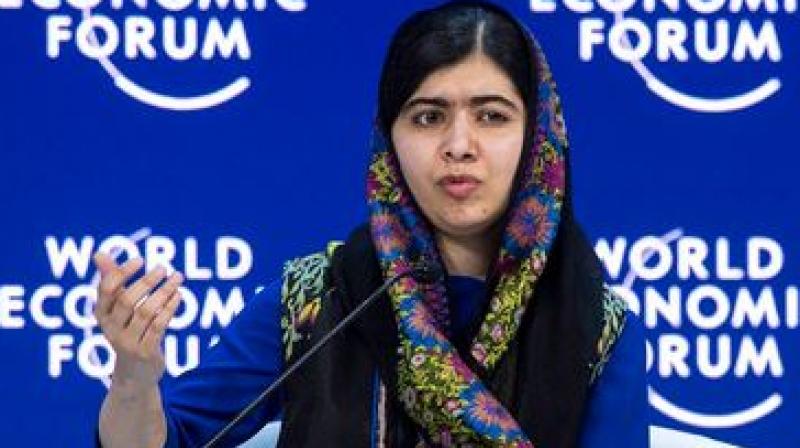 Malala said the Taliban knew women will get empowered by education and therefore they were against girls going to school as they did not want women to be equal to men. (Photo: AP)

Davos: Malala Yousafzai, the young Pakistani activist working on gender equality, on Thursday called for teaching boys to be men and said what is needed is to educate young men on the issue of women's rights.

Speaking in Davos at the World Economic Forum (WEF), the youngest recipient of the Nobel Peace Prize said such an education would be a crucial step towards ending gender inequality.

"When we talk about feminism and women's rights, we're actually addressing men. Men have a big role to play. We have to teach young boys how to be men. In order to be a man you have to recognise that all women and all those around you have equal rights and that you are part of this movement for equality," she said.

Malala, who defied Taliban's ban on girls going to school, said she realised education was not just about reading books but about the empowerment of women too.

She said the Taliban knew women will get empowered by education and therefore they were against girls going to school as they did not want women to be equal to men.

She said her role model is her father who challenged the society and allowed her to go to school, even as there were many other girls whose parents did not allow them to read.

She said a movement is building up and women are realising their voices are so important for the change that they want to see.

"Earlier we wanted men to do something for us, but that time has gone now, we're not going to ask men to change the world, we're going to do it ourselves," she said.

Malala said she alone cannot send all girls to school and there is a need for a collective responsibility where everyone, including world leaders, have a role to play.

"I haven't met a single prime minister who would not send their own children to school and university. But when it comes to the rest of the world's children, they struggle a bit. So you have to keep on reminding them," she observed.