According to an eyewitness, people were stuck in the air for 20 minutes. 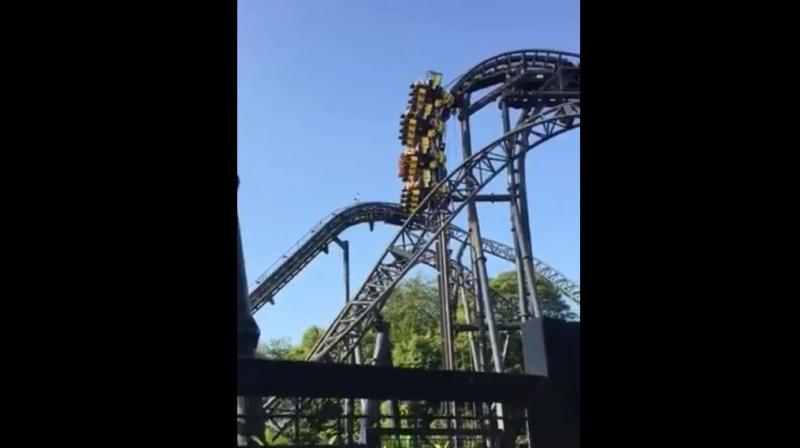 England: At Alton Towers, riders on a roller coaster named The Smiler were left dangling 100 feet off the ground after the ride malfunctioned. According to The Sun, the ride came to a halt on Tuesday evening just before 6 pm.

The Smiler is a roller coaster located at Alton Towers theme park in Staffordshire, United Kingdom.

A terrifying video of the incident shows people hanging vertically on the ride, looking up at the sky.

At Alton Towers and staying over in a pod with Sam. Nearly stuck on the Smiler tho... pic.twitter.com/DhSE3A25nn

According to an eyewitness, people were stuck in the air for 20 minutes. Fortunately, nobody was injured in the incident.

According to Sky News, an Alton Towers spokesperson said: "We apologise to all guests affected by the stoppage on The Smiler. Our guest relations team have spoken to everyone on board to offer return tickets to the park as compensation for the inconvenience. Our technical team is working to reset the ride so this should not affect guests visiting the park on Wednesday."

Since its launch in 2013, the roller coaster has come under scrutiny for a number of technical and structural issues.