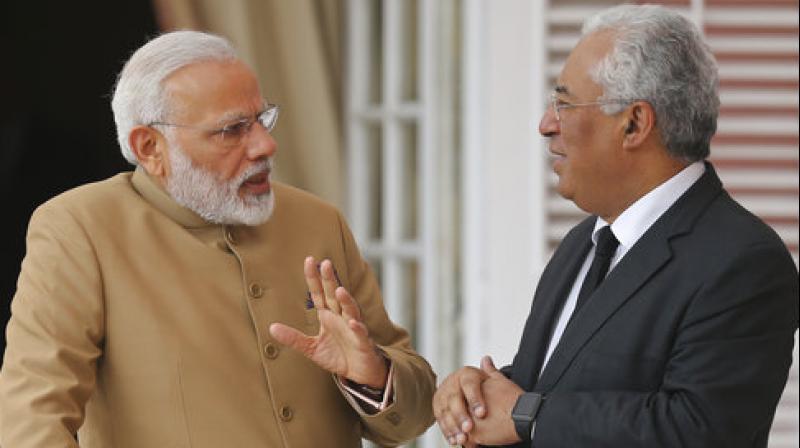 Before leaving for Lisbon, Modi had said during his meeting with Costa, the two leaders will build on their recent discussions and review the progress of various joint initiatives and decisions. (Photo: AP)

Modi, who arrived here on the first leg of his three- nation tour, said his brief visit will further strengthen relations between India and Portugal.

The two sides are expected to sign some agreements.

Modi is the first Indian Prime Minister to visit Portugal on a bilateral trip, Baglay said.

Before leaving for Lisbon, Modi had said during his meeting with Costa, the two leaders will build on their recent discussions and review the progress of various joint initiatives and decisions.

Portuguese Prime Minister Costa tweeted this is an excellent opportunity to review the implementation of the accords agreed during his India visit and sign new agreements.

Costa had visited India in January this year.

The highlight of Modi's four-day three-nation visit will be the US leg as Modi will be meeting President Donald Trump for the first time on June 26 in Washington.

From the US, he will travel to the Netherlands.