Students avoiding eye contact with their peers could be racism: Oxford

Free Speech University Ranking called it ridiculous to suggest that not looking someone in the eye was a micro form of racism. 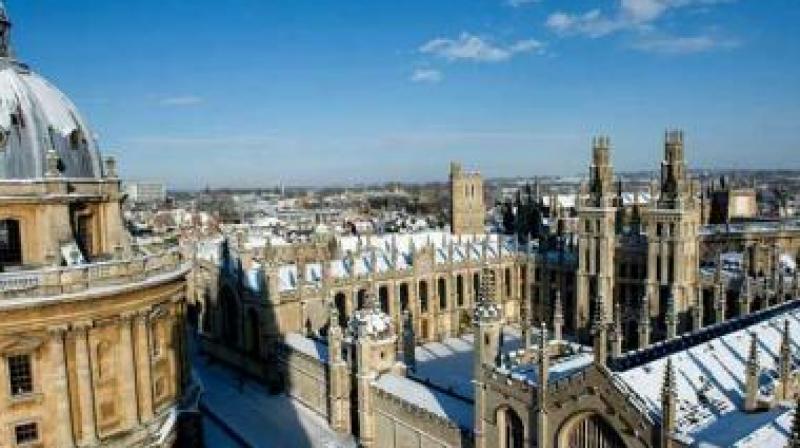 London: Oxford University students who avoid making eye contact with their peers could be guilty of racism, according to the prestigious varsity's latest guidance.

The university's Equality and Diversity Unit has advised undergraduate students that "not speaking directly to people" could be deemed a "racial micro-aggression" which can lead to "mental ill-health", The Telegraph reported.

Issued at the start of the Trinity term, the third term at the university, the newsletter claims that asking someone where they are "originally" from implies they are a foreigner. It also claims that "jokes drawing attention to someone's differences" and "not speaking directly to people" are potential forms of "everyday racism".

The university's Equality and Diversity Unit explains in the newsletter that "some people who do these things may be entirely well-meaning, and would be mortified to realise that they had caused offence."

"But this is of little consequence if a possible effect of their words or actions is to suggest to people that they may fulfil a negative stereotype, or do not belong," it
states. However, some critics slammed the newsletter, saying it would make the students over sensitive.

Dr Joanna Williams, a lecturer in higher education at the University of Kent, said the guidance was "completely ridiculous" and will make students "hyper-sensitive" about how they interact with one another.

Williams, who is author of Academic Freedom in an Age of Conformity, said that Oxford University's guidance was "overstepping the mark" by telling students "how they should feel and think".

Tom Slater, co-coordinator of The Free Speech University Ranking project that highlights censorship on university campuses, called it ridiculous to suggest that not looking someone in the eye was a micro form of racism.

"This is all part of a chilling desire on the part of university authorities to police not just opinions, but everyday conversations between students," he told The Times.

An Oxford University spokesman was quoted as saying that, "The Equality and Diversity Unit works with University bodies to ensure that the University's pursuit of excellence goes hand in hand with freedom from discrimination and equality of opportunity."

"The newsletter is one way of advising and supporting staff towards achieving these aims," he said. Last year, Oxford law students were told they could skip
lectures covering violent cases if they feared the content would be too "distressing".

Earlier this year, it emerged that Cardiff Metropolitan University banned phrases such as "right-hand man" and "gentleman's agreement" under its code of practice on inclusive language.