Unrestrained end-of-year celebrations could still prove to be major source of new infections, the WHO warned 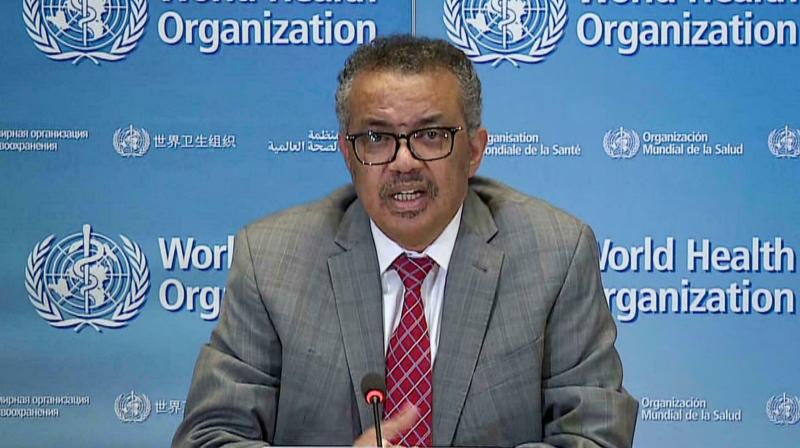 LONDON: The WHO warned Wednesday that rich countries cannot use boosters to escape the coronavirus and France became one of the first nations to vaccinate children over five, as nations scrambled to contain Omicron surges.

China meanwhile cracked down on the latest outbreak of the virus, shutting down a whole city.

And Britain, which reported a record 106,000 new cases in 24 hours, approved Pfizer's jab for children aged five and up, as US health regulators authorised the company's Covid pill for high-risk patients over 12.

"No country can boost its way out of the pandemic," said the World Health Organization's Secretary General Tedros Adhanom Ghebreyesus Wednesday.

"Blanket booster programmes are likely to prolong the Covid-19 pandemic, rather than ending it, by diverting supply to countries that already have high levels of vaccination coverage, giving the virus more opportunity to spread and mutate."

Nor should a third dose of vaccine be seen as carte blanche, he added. "Boosters cannot be seen as a ticket to go ahead with planned celebrations".

Unrestrained end-of-year celebrations could still prove to be major source of new infections, the WHO warned.

The threat of the highly mutated Omicron variant is looming large over the end-of-year holidays, pushing many governments to roll out new restrictions and urge citizens to get vaccinated.

The latest data suggest Omicron does not cause more severe illness than previous variants, including Delta, but as soaring infection numbers threaten to overwhelm health systems, scientists warn it could still cause more deaths.

France on Wednesday opened vaccinations to children aged between five and 11, warning that daily infections rates could hit 100,000 by the end of the year, up from a weekly average of 54,000 daily cases.

"There is one certainty," said Health Minister Olivier Veran. "Omicron is very contagious, it will spread, and no country will be spared." But vaccines did have an effect on the variant, he stressed.

Britain approved Pfizer's Covid jab for children aged five to 11, announced it would buy millions of Covid pills, and cut the isolation period for infected people from 10 to seven days with negative tests.

It also signed deals to acquire 4.25 million courses of Pfizer's ritonavir and US rival Merck/MSD's molnupiravir antiviral drugs, which have raised hope for an easy at-home treatment.

And Finland revealed plans to expand its vaccination programme to children aged between five and 12, a day after announcing bars must close at 9:00 pm on Christmas Eve to fight record Covid infection levels.

The US Food and Drug Administration (FDA) meanwhile authorised Pfizer's Covid pill for high-risk people aged 12 and over, calling it an important milestone in the pandemic that will allow millions to access the treatment.

In China, only 52 new reported infections were enough for authorities to impose a stringent lockdown on more than 13 million people in the northern city of Xi'an.

From midnight on Thursday, residents must stay at home except to buy necessities once every two days or in emergencies. Travel to and from Xi'an is heavily monitored by health authorities and non-essential businesses will close.

The move comes as China pursues its rigorous zero-Covid policy before next year's Winter Olympics in Beijing, reminiscent of the world's first pandemic lockdown in the central city of Wuhan in January 2020.

Belgium has announced cinemas, concert halls and other entertainment venues will have to close from the weekend as three in 10 Covid cases are now Omicron.

Spain's government said Wednesday it would re-impose the mandatory wearing of face masks outdoors at an unspecified future date.

And in France an expert warned that the variant and any new rules could throw into doubt the staging of political rallies ahead of next year's presidential elections.

The all-too-familiar restrictions threatened festivities across the world, even as governments speedily rolled out booster campaigns.

As some poorer countries struggle to get initial vaccine campaigns off the ground, Israel said citizens over the age of 60 and medical teams would be eligible for a fourth Covid vaccine shot.

"The world will follow in our footsteps," Prime Minister Naftali Bennett tweeted.

Across Africa, countries are lagging behind Western nations in getting populations inoculated as the continent faces fresh surges of it own.

But in Nigeria, around a million AstraZeneca Covid doses donated by developed countries were destroyed Wednesday after they expired.