Bajwa suggested that all nations must cooperate with each other in 'wiping out terrorism' since it is a common enemy for all. 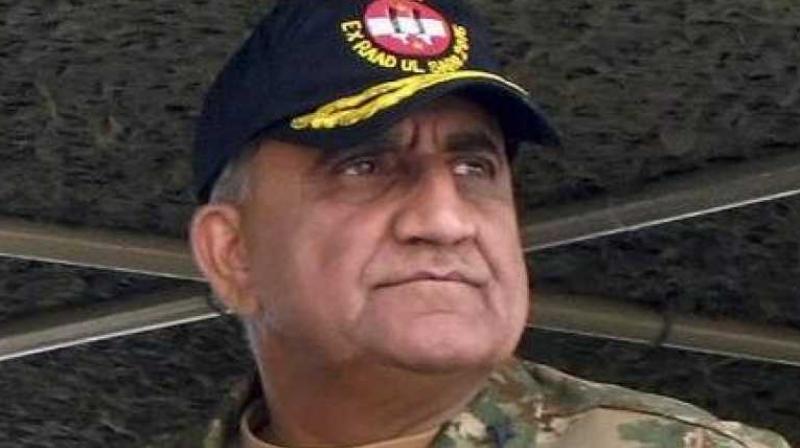 London: Pakistan's Army Chief General Qamar Javed Bajwa has said that the country is using all available sources to eliminate terrorism from its soil and is moving towards attaining sustainable peace and stability.

Speaking at the International Institute for Strategic Studies (IISS) in London on Friday, General Bajwa suggested that all nations must cooperate with each other in "wiping out terrorism" since it is a common enemy for all.

"We are doing our best, utilising all available sources to wipe out the enemies of peace and prosperity. It is a fact that peace and stability in South Asia was dependent on the resolution of conflicts and disputes in the region", The Nation newspaper quoted Mr Bajwa as saying

"We suggest to all countries, especially our neighbouring nations, come forward and cooperate with each other. We have suffered a lot in the past, General Bajwa said.

The Pakistan Army Chief's comments come a day after the Financial Action Task Force (FATF) directed Pakistan to "swiftly" complete its action plan to curb terror financing by October or face consequences. The warning was made in a statement issued by the financial watchdog following a plenary meeting in Orlando, US.

Pakistan is currently on the "grey list" of FATF: a list of countries that have been inadequate in curbing money laundering and terror financing. Pakistan has already missed two prior deadlines -- in January and May 2019 -- to complete their action plan.