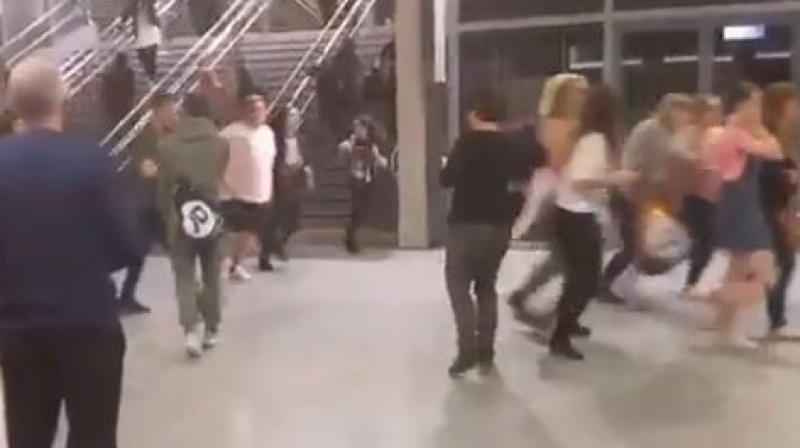 Manchester: Panic-stricken concert-goers at popular singing star Ariana Grande’s do in Manchester last evening have posted videos of the scene after a suspected terrorist explosion killed 22 fans and injured scores of others.

A largely teenaged audience was seen fleeing the venue where a “huge bomb-like bang” was heard soon after Grande finished her last song around 9.45 pm British time. The sound came from the foyer area.

This video shows fans screaming and running at the Victoria Station under the Manchester Arena. Some can be seen rooted to the spot in shock.

Panicking at Victoria Station after @ArianaGrande concert. Hope everyone is all safe and well. pic.twitter.com/6Q5WNXFkFO

In this video – footage taken from the top of the stadium – fans can be seen scattered, scrambling for the nearest exit in the 21,000-capacity arena.

"So far 22 people have been confirmed dead, with 59 others injured. This is currently being treated as a terrorist incident until police know otherwise," police said in a statement.

Prime Minister Narendra Modi said in a tweet: "Pained by the attack in Manchester. We strongly condemn it. Our thoughts are with the families of the deceased & prayers with the injured."