Indians among minority groups in UK worst hit by Covid19

Figures released by National Health Service show that of 13,918 patients those identifying with Indian ethnicity made up 3 per cent 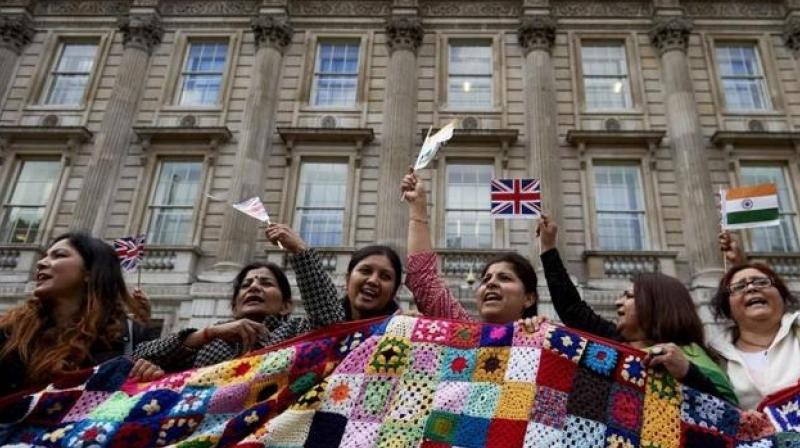 London: People of Indian origin in the UK have emerged as the among the worst affected minority group from the coronavirus pandemic, according to an official data on COVID-19 deaths in hospitals across England.

Figures released this week by the National Health Service (NHS) England show that of the 13,918 patients who died in hospitals till April 17 after testing positive for the novel coronavirus, 16.2 per cent were of black, Asian and minority ethnic (BAME) background and those identifying with Indian ethnicity made up 3 per cent of that.

This was followed by Caribbeans as the second-largest ethnic group affected in the COVID-19 death toll at 2.9 per cent, followed by Pakistanis at 2.1 per cent.

The data, only a limited snapshot of the UK-wide COVID-19 tests, follows the British government's announcement of a review into the coronavirus death toll disparity among the BAME population.

"We have seen, both across the population as a whole but in those who work in the NHS, a much higher proportion who've died from minority backgrounds and that really worries me," said UK health secretary Matt Hancock while launching the review last week.

The proportion of deaths among BAME groups is much higher compared to their roughly 13 per cent make-up of the total population.

A further breakdown shows COVID-19 deaths among those identifying with white ethnicity at 73.6 per cent and mixed ethnicity at 0.7 per cent.

"The government must take every necessary step to address this devastating disparity and protect all sectors of the population equally and now," said Dr Chaand Nagpaul, Council Chair of the British Medical Association (BMA), the doctors' union lobbying for the review.

"It also means taking vital steps now to protect our BAME communities until we can develop a detailed understanding of the threats they face. This could include that those at greatest risk, including older and retired doctors, are not working in potentially infectious settings," he said.

The UK's death toll due to the coronavirus is the fourth highest in Europe, behind Italy, Spain and France, all of whom have reported over 20,000 deaths.