Venezuela sways in a tug-of-concerts

The government has not said who will perform on the Venezuela end of the bridge. That concert’s slogan is “Hands Off Venezuela.” 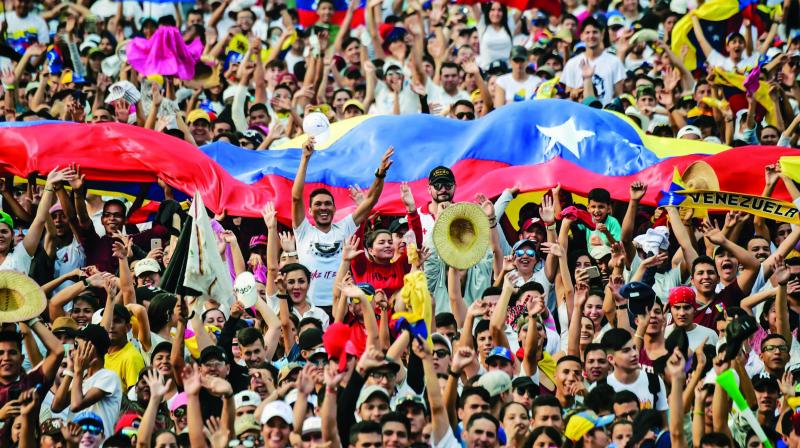 Caracas: Venezuela’s political tug-of-war morphs into a battle of the bands on Friday, with duelling government and Opposition pop concerts ahead of a weekend showdown over the entry of badly needed food and medical aid.

The spectacle will play out on opposite ends of a 300-meter bridge connecting Venezuela with Colombia to the west. That span, called the Tienditas bridge, is one of the conduits that Opposition leader and self-declared interim President Juan Guaido wants to use to bring in humanitarian assistance to his economically crippled country.

The bridge is now blocked with freight containers left there by the military, with President Nicolas Maduro refusing to let aid in and arguing it would be the first step toward a foreign invasion.

The stated goal is to raise $100 million in donations. Big stars from the Spanish-speaking world are scheduled to perform, and the Presidents of Colombia, Chile and Paraguay have said they will attend.

The government has not said who will perform on the Venezuela end of the bridge. That concert’s slogan is “Hands Off Venezuela.”