European Union leaders have ruled out any formal Brexit negotiations before Britain invokes Article 50 of the EU's Lisbon Treaty. 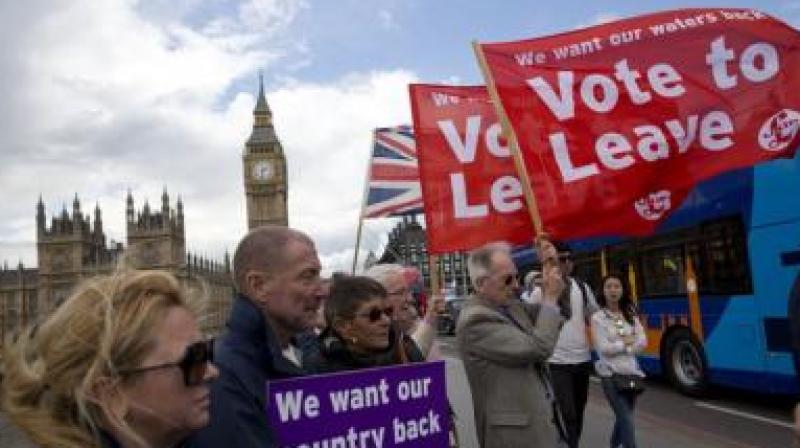 If Britain triggers the two-year divorce process in March 2017 as Prime Minister Theresa May has promised, then formal negotiations are unlikely to start until May 2017. (Photo: Representational Image/AFP)

Strasbourg: The European Parliament's Brexit negotiator warned his British counterpart on Tuesday that there is an "intense" window of just 15 months to complete talks for the country's exit from the EU.

Guy Verhofstadt said he had also told Brexit minister David Davis that European lawmakers would not accept Britain trying to keep access to the single market while limiting freedom of movement for EU citizens.

Former Belgian prime minister and leading European federalist Verhofstadt had tweeted that it would be a "hell of a meeting" after Davis jokingly compared him to Satan earlier this year.

"We agreed on some things, on the need for this process to start as early as possible and need to be finished in any case before the next European elections" in May 2019, Verhofstadt said after the talks in Strasbourg, France.

"So the window for the negotiations is more or less 14, 15 months," he added. "It's going to be a period that is very intense."

He said if Britain triggers the two-year divorce process in March 2017 as Prime Minister Theresa May has promised, then formal negotiations are unlikely to start until May 2017.

MEPs must then formally give their consent for any deal and that would take several months from late 2018, he said.

Verhofstadt added that it was "impossible to find solutions where we destroy the so-called four freedoms" including the freedom of movement.

May has said she wanted to cut EU migrant numbers and retain access for British businesses to Europe's single market, but EU leaders insist the two are incompatible.

The head of the European Parliament's largest group, Manfred Weber, said he had "heard nothing new" when he also met Davis at the parliament in Strasbourg.

"Unfortunately I haven't heard anything new from David Davis today. For us it's clear: The four fundamental freedoms are not negotiable," said Weber, head of the centre-right European People's Party.

"Brexit means Brexit so we're going to have to cut back on our relationships, it's not a cherry-picking situation at all," he warned.

"We need a clear position from the UK government, so please make things clearer."

The talks came a day after Davis met the European Commission's top negotiator Michel Barnier in Brussels for a "courtesy coffee".

The pair both insisted the meeting did not mark a formal start to negotiations, saying that would have to wait until Britain formally triggers the exit process.

European Union leaders have ruled out any formal Brexit negotiations before Britain invokes Article 50 of the EU's Lisbon Treaty, the official exit procedure, following its June vote to leave the 28-nation bloc.

With the timing looking increasingly tight, May said on Monday: "We don't want a cliff-edge".

These comments are widely interpreted as referring to a possible transitional arrangement by the 2019 deadline, with a full Brexit coming later.