India in its reply also said that Pak must understand that Jammu and Kashmir is and will always remain an integral part of India. 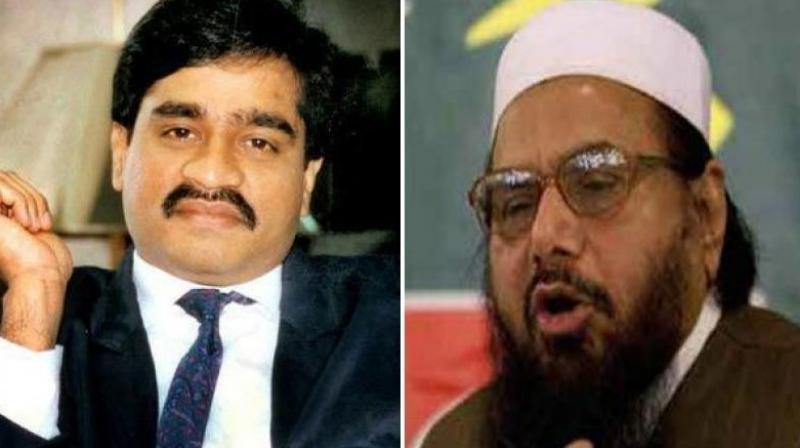 India said that Pakistan is a country whose counter terrorism policy is to mainstream and upstream terrorists by either providing safe havens to global terror leaders in its military town, or protecting them with political careers. (Photo: PTI)

Geneva: Pakistan is now "Terroristan", India has said in a strong reply at the United Nations General Assembly (Geneva) to Pakistani Prime Minister Shahid Khaqan Abbasi calling for a special envoy to Kashmir while alleging that the "struggle of the people in the region is being brutally suppressed by India".

Addressing the India's Right of Reply during the general debate of 72nd session of the United Nations General Assembly, India's First Secretary to the UN, Eenam Gambhir, said, "In its short history, Pakistan has become a geography synonymous with terror. The quest for a land of pure has actually produced 'the land of pure terror.' Pakistan is now 'Terroristan', with a flourishing industry producing and exporting global terrorism."

In the statement, Gambhir further said, "It is extraordinary that the state which has protected Osama Bin Laden and sheltered Mullah Omar should have the gumption to play the victim."

India further said that Pakistan's current state can be gauged from the fact that Hafiz Mohammed Saeed, a leader of the UN designated terror organisations Lashkar-i-Taiba, is now sought to be legitimised as a leader of a political career.

India said that Pakistan is a country whose counter terrorism policy is to mainstream and upstream terrorists by either providing safe havens to global terror leaders in its military town, or protecting them with political careers.

Replying on Pakistan PM's comment that India refuses to implement the unanimous resolutions of the UN Security Council, which mandate a UN supervised plebiscite to enable the people of Jammu and Kashmir to freely decide their destiny, India said, "Pakistan must understand that State of Jammu and Kashmir is and will always remain an integral part of India. However much it (Pakistan) scales up cross-border terrorism, it will never succeed in undermining India's territorial integrity." 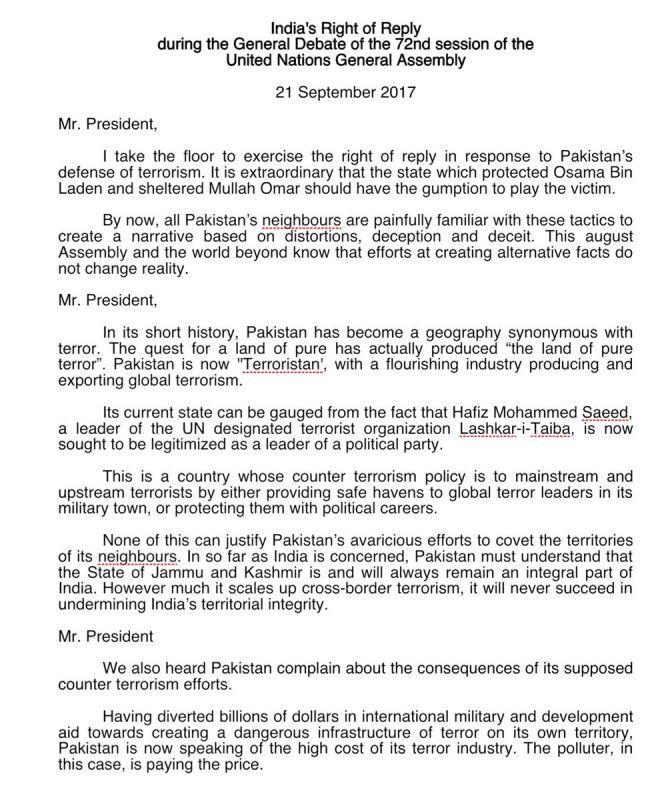