29-yr-old Algerian man, identified by media as Abdelouahab Taib, invoked name of Allah during the assault in town of Cornella de Llobregat, 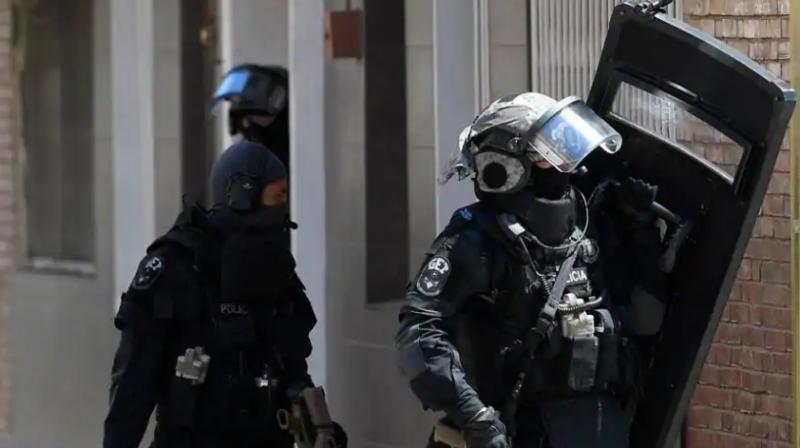 Special police forces leave after searching the apartment of a man who tried to attack a police station in Cornella near the northeastern Spanish city of Barcelona on August 20, 2018. (Photo: AFP)

Barcelona: A man shot dead as he tried to attack a Spanish police station had come out as gay months prior and wanted to commit suicide, his wife said according to Spanish media.

The 29-year-old Algerian man, identified by media as Abdelouahab Taib, invoked the name of Allah during the assault early Monday morning in the town of Cornella de Llobregat in the region of Catalonia, which authorities are treating as a “terrorist attack.”

In her declaration to the Mossos d’Esquadra, Catalonia’s police force, his wife, a Spaniard who had reportedly converted to Islam after meeting him, said he had told her two months ago that he was homosexual, the region’s La Vanguardia daily and other media reported.

He reportedly felt “shame” about this as it conflicted with his Muslim religion, she said.

Then two weeks ago, she told him she wanted to divorce and she told police she suspected his attack was a suicide attempt, the daily said.

Neither the interior ministry nor the Mossos would comment on the reports.

Taib arrived at the closed police station in Cornella de Llobregat near Barcelona at 5.45 am (9.15am IST) on Monday and repeatedly pressed the buzzer to be let in, Rafel Comes, a commissioner with the Mossos d’Esquadra, told reporters.

After police allowed him in, the man pulled out a “large knife” and lunged at officers in “a clearly premeditated desire to kill an agent of our force,” Comes said on Monday.

“The officer used her gun to save her own life,” Comes said, adding the man shouted “Allah” as well as words the police officers did not understand.

“These are enough indication to treat the events being investigated as a terrorist attack.”