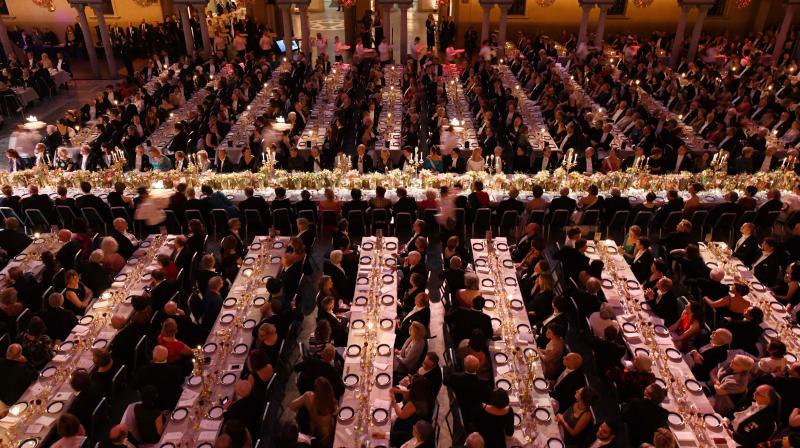 File photo shows guests waiting for the desserts during royal banquet to honour the laureates of the Nobel Prize 2019 following the Award ceremony in Stockholm, Sweden. — AFP

Stockholm: The Nobel Foundation, which manages the prestigious Nobel Prizes, says it has canceled the traditional December banquet at the Stockholm City Hall due to the coronavirus pandemic.

Lars Heikensten, CEO of the Nobel Foundation, said it is not possible to gather up to 1,300 banquet guests and let them sit next to each other amid the current COVID-19 restrictions. He said the pandemic also makes it uncertain whether prize winners can travel to Sweden.

The Nobel Prizes are announced in October but the festivities in December will be severely limited due to the pandemic. The foundation said it was not completely clear yet how and in what form the award ceremonies will take place.

The Nobel Peace Prize is announced in Oslo, Norway, while the others are awarded in Stockholm.

Heikensten said in a statement: Nobel Week will not be as usual due to the current pandemic. This is a very special year when everyone has to make sacrifices and adapt to completely new circumstances but we will pay different attention to the prize winners, their discoveries and works.