There is disruption to services, with no trains, reduced underground services, passengers are asked to check before travelling. 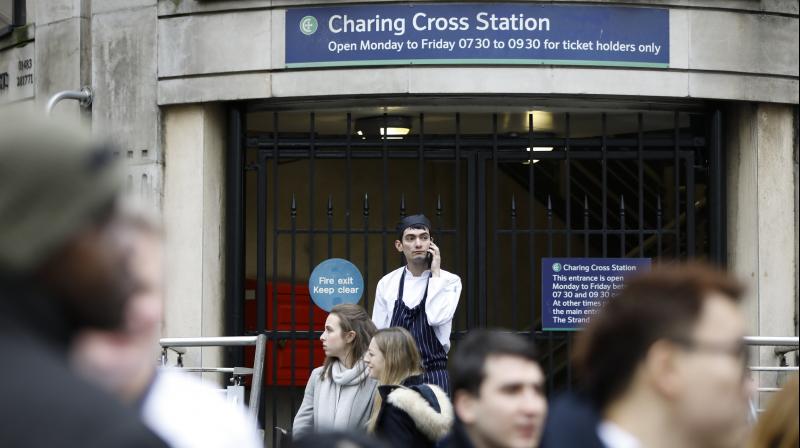 The BTP are working to reopen the station as soon as possible. (Photo: AFP)

London: British police said on Friday London’s Charing Cross rail terminal had been evacuated during rush hours after reports of man, who climbed on the rail tracks claiming to have a bomb.

Armed police had been called to deal with the man on the tracks, the BBC reported.

“The station has been evacuated as a precaution and no services are currently stopping at the station,” British Transport Police (BTP) said on Twitter.

Witnesses described several police vehicles descending upon Charing Cross station, through which both overground and underground trains run, where passengers were told to "move away" as the station was evacuated, the Telegraph reported.

The BTP arrested the man, but there is still a heavy policy presence at the scene, the report said.

Scotland Yard said they were called to assist the British Transport Police at Charing Cross train station following a report of a man "acting suspiciously".

There is disruption to services, with no trains and reduced underground services, and passengers are asked to check before travelling.

The BTP are working to reopen the station as soon as possible. They also thanked the passengers and rail staff for their patience and understanding during the incident in a tweet.