The crash of Ethiopian Airlines flight 302 near the capital Addis Ababa killed all 157 passengers and crew aboard. 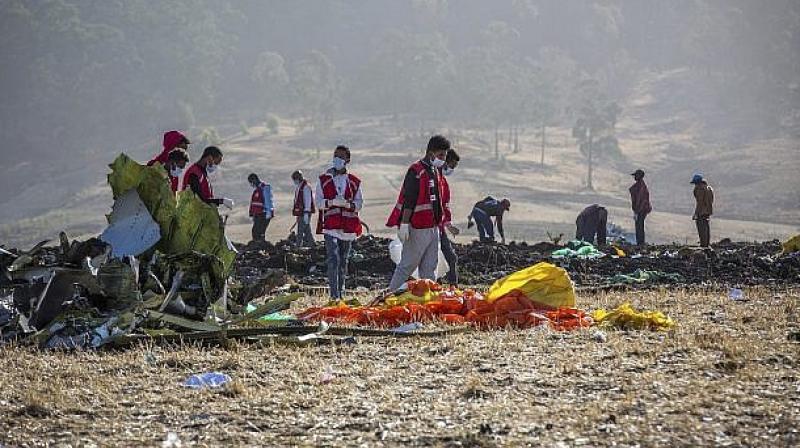 Dozens of families have sued Boeing over the Lion Air crash, and several lawsuits have been lodged over the Ethiopian crash. (Photo: AP)

Paris: A French woman whose husband was killed in the March crash of a Boeing 737 MAX airliner in Ethiopia has filed a US lawsuit against the planemaker seeking at least USD 276 million in damages, her lawyer said on Tuesday.

The crash of Ethiopian Airlines flight 302 near the capital Addis Ababa killed all 157 passengers and crew aboard.

The complaint alleges Boeing failed to inform pilots properly about the risks posed by software meant to prevent the 737 MAX from stalling which repeatedly lowered the plane’s nose due to a faulty sensor data, according to US attorney Nomaan Husain.

“Once again corporate greed has placed profits over safety with tragic consequences for the public,” Husain said in a written statement. “We have learned that Boeing relied on a single sensor that had been previously flagged in over 200 incident reports submitted to the FAA (US Federal Aviation Administration).”

Husain told a Paris news conference he was seeking a minimum of USD 276 million in damages for client Nadege Dubois-Seex.

Boeing said last week it had completed an update to the 737 MAX’s MCAS software and was in the process of submitting a plan for related pilot training to the FAA.

Airlines around the world grounded the 737 MAX after the Ethiopian Airlines crash, the second for the Boeing model in five months.

A Lion Air 737 MAX plunged into the ocean off Indonesia in similar circumstances last October killing all 189 aboard.

Dozens of families have sued Boeing over the Lion Air crash, and several lawsuits have been lodged over the Ethiopian crash.

It is unclear when the 737 MAX aircraft will receive FAA approval to return to service. Safety regulators in other countries have said they plan to independently assess Boeing’s fixes before giving their approval.