Taylor tried to help her to get rid of drugs and invited her to stay with him in motor home at Lancashire, the court heard. 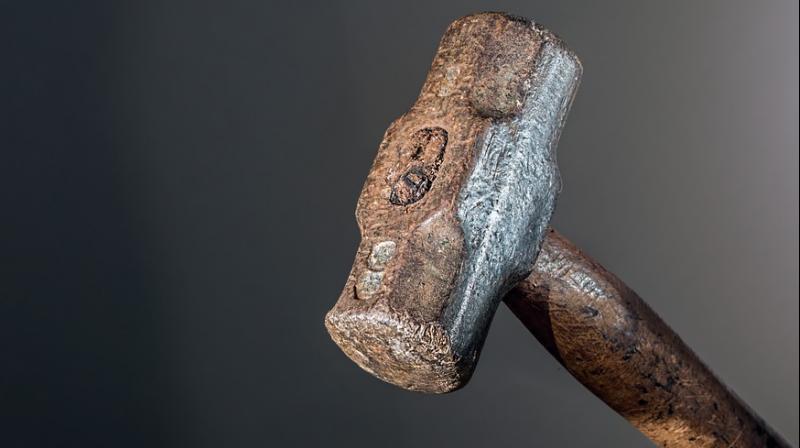 Taylor wanted Neely to give up both prostitution and heroin. (Photo: Pixabay/Representational)

London: A 32-year-old call girl allegedly murdered her elderly lover with an axe and hammer to steal the £ 45,000 (Approximately Rs 37,00,000) in order to keep herself on drugs.

According to a report in Daily Mail, Derek Taylor, 71, whose body was found two weeks after his death under a tarpaulin, had suffered a fractured skull. He was wrapped with a length of cable twice around his neck and plastic bag over his head.

Taylor was seeing Neely to get away from his loneliness. Being aware about her drug habit, Taylor tried to help her to get rid of drugs and invited her to stay with him in motor home at Lancashire, the court heard.

The Preston Crown Court heard that the accused, Deanha Neely, kept the victim ‘alive’ through his Facebook for at least two weeks after his death. As she already had his ID and password, Neely kept posting about their gateway trip on motor home.

While arguing in court, the prosecutor Guy Gozem QC told the jury that the accused was penniless and hardcore drug addict who could go any extent to quench her drug thirst.

Taylor wanted Neely to give up both prostitution and heroin. However, she was disinterested and murdered Taylor, so that she could get more drugs from his money which he had won in a civil legal battle, Gozem said.

In court, Neely accepted harming Taylor, but denied the murder charges. She said Taylor tried to kill her with a hammer as she had refused sex, and the victim was killed in self defence.

Neely’s defence lawyer Christopher Tehrani QC in his argument to the court said, “Taylor was 'obsessed' with Neely and would give her drugs to make her stay with him”.

Taylor understood the extent of Neely's desperation for drugs and that was what drew her back to him. Due to her addiction, Neely had to either approach Taylor or engage in prostitution for money whenever she wanted drugs, Tehrani said.