A session of House of Commons has been suspended as gunshots were heard. Two people were seen lying within the grounds of Parliament. 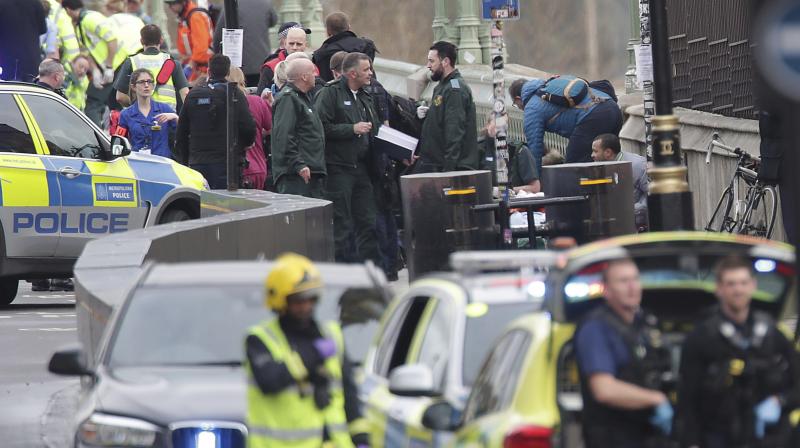 London: A policeman was stabbed, an assailant shot and several people injured on Wednesday close to Britain's Houses of Parliament in what police said they were treating as a terrorist incident.

Reuters reporters inside the building heard loud bangs and shortly afterwards a Reuters photographer said he saw at least a dozen people injured on Westminster Bridge, next to parliament.

His photographs showed people lying on the ground, some of them bleeding heavily and one apparently under a bus. The number of casualties was unclear.

"Officers - including firearms officers - remain on the scene and we are treating this as a terrorist incident until we know otherwise," London's Metropolitan Police said in a statement.

The House of Commons, which was in session at the time, was immediately suspended and lawmakers were asked to stay inside.

Prime Minister Theresa May was safe after the incident, a spokesman for her office said. He declined to say where May was when the attack took place.

The leader of the House, David Lidington, said in the chamber that an assailant who stabbed a policeman had been shot by police. 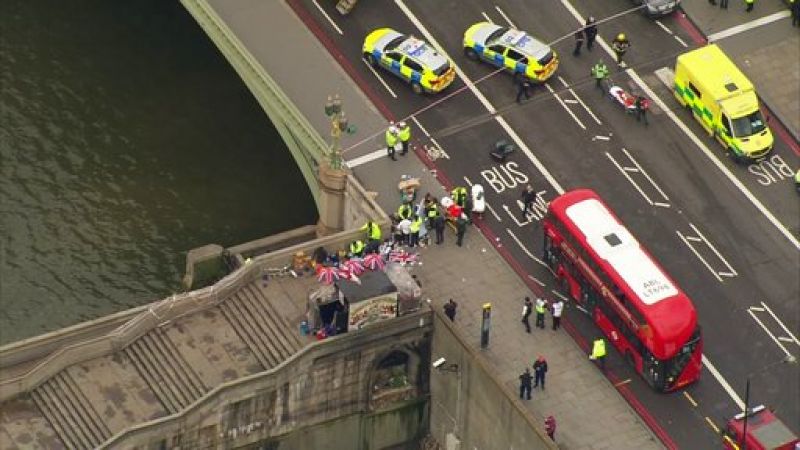 In this image taken from video emergency personnel gather around a body on the southside of Westminster Bridge that leads to the Houses of Parliament in London. (Photo: AP)

An ambulance helicopter landed on Parliament Square, just outside the building.

The BBC said police believed there was a suspect vehicle outside parliament but police did not immediately confirm that report.

Amid confusing scenes, it appeared the incident may have unfolded in several locations, including on the busy Westminster bridge where tourists take pictures of Big Ben and other attractions. 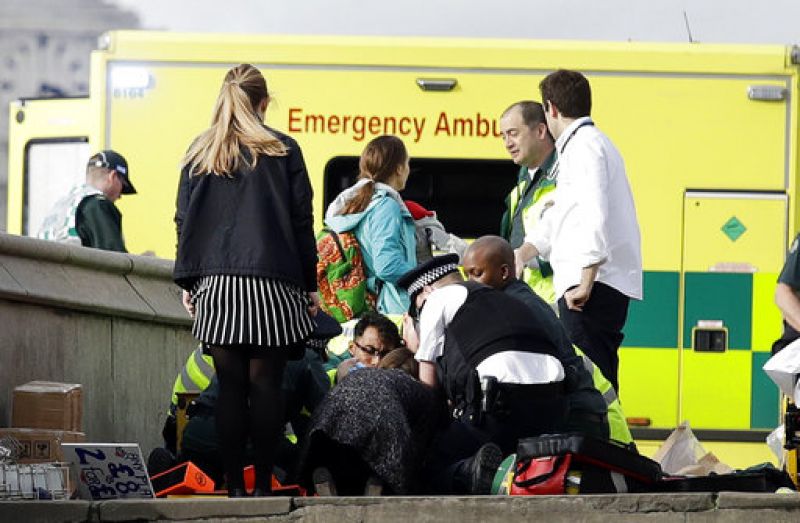 Reuters reporters inside parliament said a large number of armed police, some carrying shields, were pouring into the building.

US President Donald Trump told reporters at the White House he had been briefed on events in London but gave no details.

The incident took place on the first anniversary of attacks on Brussels in Belgium.

Britain is on its second-highest alert level of "severe" meaning an attack by militants is considered highly likely.

In May 2013, two British Islamists stabbed to death soldier Lee Rigby on a street in southeast London.

In July 2005, four British Islamists killed 52 commuters and themselves in suicide bombings on the British capital's transport system in what was London's worst peacetime attack.