Prime Minister Theresa May said Monday she would seek further talks with Brussels to salvage her Brexit deal. 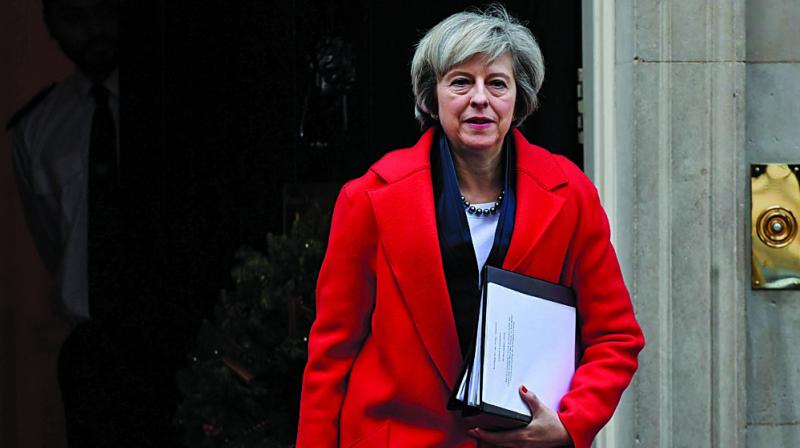 MPs in the House of Commons last week roundly rejected the divorce terms May has struck with the bloc. (Photo:File)

London: Prime Minister Theresa May said Monday she would seek further talks with Brussels to salvage her Brexit deal, but offered no new solutions to break the deadlock, just 10 weeks before Britain is scheduled to leave the European Union.

MPs in the House of Commons last week roundly rejected the divorce terms May has struck with the bloc, raising the risk that Britain crashes out with no deal on March 29.

She responded by opening talks with rival political parties, but in a statement to the Commons on Monday failed to suggest a radically different approach. May offered guarantees to the opposition Labour party on workers' rights and promised greater input for lawmakers over future trade talks with the EU.

But she said her focus would be on addressing concerns among her own Conservative MPs and Northern Ireland's Democratic Unionist Party (DUP) over the controversial Irish border "backstop" plan in the current deal.

"I will be talking further this week to colleagues -- including in the DUP... I will then take the conclusions of those discussion back to the EU," she told MPs. She also said she looked forward to exploring in more detail a proposal by Polish Foreign Minister Jacek Czaputowicz to put a five-year time limit on the backstop.

But opposition parties accused her of refusing to accept that MPs had rejected her deal, and expressed doubt she could get the changes she needed to win them over.

"The prime minister seems to be going through the motions of accepting the result but in reality is in deep denial," said Labour leader Jeremy Corbyn. Carolyn Fairbairn, from the CBI business lobby group, expressed dismay that May had not offered a clearer way forward.

"The fundamentals have not changed. Parliament remains in deadlock while the slope to a cliff edge steepens," she wrote on Twitter. EU leaders have warned May she should not expect any fundamental changes to the withdrawal deal, the product of almost two years' work.

They have repeatedly refused demands by Brexit supporters to remove or limit the "backstop" arrangement. This is a legal guarantee that the border with Ireland would remain free-flowing if and until Britain and the EU agree new trade terms.

Many MPs reject it because it could see Britain tied to EU trade rules for years to come and create a separate status for the British province of Northern Ireland. Czaputowicz broke ranks to suggest a five-year limit to the backstop could be a way to "unblock negotiations".

"It would obviously be less favourable for Ireland than an indefinite backstop, but much more advantageous than no-deal Brexit," he told the Rzeczpospolita newspaper. The idea was immediately rejected by Irish Deputy Prime Minister Simon Coveney.

"Putting a time limit on an insurance mechanism, which is what the backstop is, effectively means that it's not a backstop at all," he said. In the run-up to last week's vote on the Brexit deal, May secured assurances from EU leaders that the backstop would only ever be temporary.

But they were not enough to convince the DUP, which props up her government in parliament, or the 118 Conservative MPs who rebelled to reject the agreement. The talks with other parties will continue this week, until MPs vote on January 29 on a range of possible next steps -- when there could be fireworks.

Several groups of lawmakers are planning to table amendments to try to force May to stop Britain leaving the EU without a deal, or delay the process. In her statement on Monday, May noted the British people had already voted for Brexit in the 2016 referendum, by 52 percent to 48 percent, and this should be respected.

Corbyn has refused to meet with May until she rules out "no deal", but she said the only way to do this was to agree a deal or stop Brexit altogether. She sought to woo individual Labour MPs by promising a guarantee to protect workers' rights and the environment.

May also announced she would waive the fee that had been planned for millions of European Union citizens living in Britain to apply for permanent status after Brexit. The 65 fee pounds -- similar to that paid by British citizens for a passport -- had drawn criticism from a number of lawmakers.