Most of those at the Islamic Centre were from North Africa, Somalia and Eritrea, according to the ATS news agency. 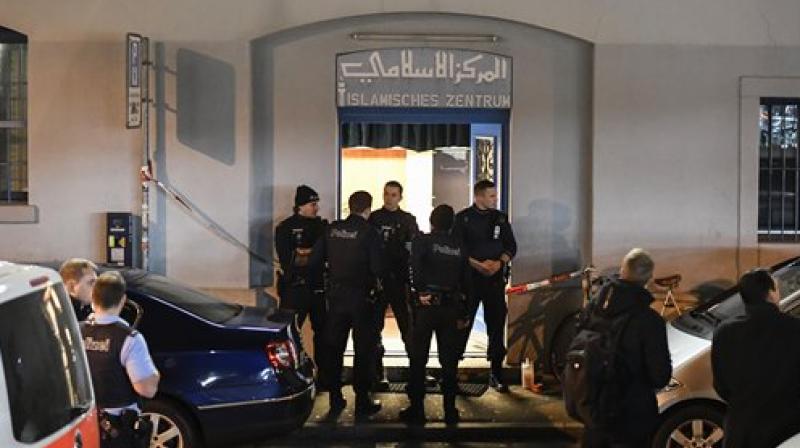 Police secure the area in front of the Islamic center, in Zurich. (Photo: AP)

Geneva: Swiss police said Tuesday that they had found the body of a man suspected of opening fire and injuring three men at a Muslim prayer hall in Zurich.

The attack on Monday evening is not believed to be linked to the so-called Islamic State (IS) movement, a statement added.

“We assume that the dead person we found is the perpetrator of the shooting at the Islamic centre in Zurich,” Zurich police said in a tweet.

It added that there is “no indication that the perpetrator has a link to IS”.

The body was found after a search for the shooter near the scene.

The announcement came after a man, around 30 years old, burst into the Islamic Centre in central Zurich around 5.30 pm on Monday and began shooting, according to police.

He “fired several shots at the worshippers,” before fleeing, police said.

Most of those at the Islamic Centre were from North Africa, Somalia and Eritrea, according to the ATS news agency.

“Three men, aged 30, 35 and 56, were injured, some seriously. The suspect then escaped from the mosque in the direction of Central Station,” an earlier police statement said.