The black-clad assailant committed suicide after Monday's spree and his body was found on a nearby river bank, police said. 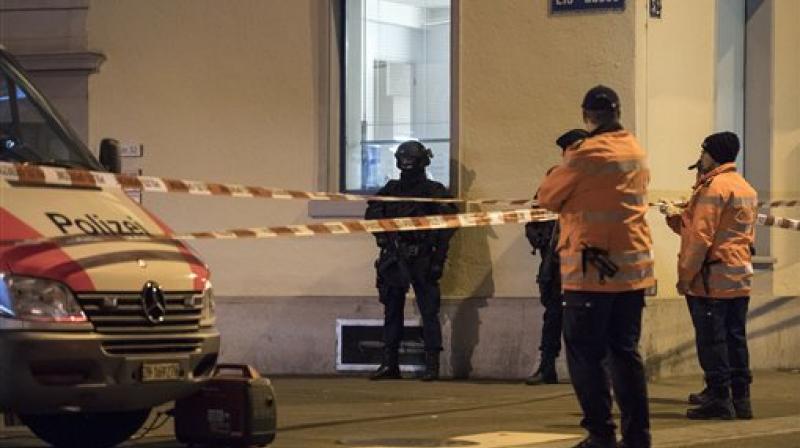 Geneva: The man who went on a shooting rampage at a Muslim prayer hall in Zurich before committing suicide was already a killer and appeared obsessed with the occult, Swiss police said Tuesday.

The black-clad assailant, identified as a 24-year-old Swiss national of Ghanaian origin, committed suicide after Monday's spree and his body was found on a nearby river bank, police said.

Christiane Lentjes Meili, police chief for the canton of Zurich, told reporters that the unnamed gunman had stabbed a former friend to death at a playground only the day before.

"There is no doubt that this man, who shot himself nearby after the attack on the mosque, is responsible for the two acts," she said.

"We don't know anything about the motives," she said, adding that the shooter appeared to be deeply interested in the occult.

"Corresponding symbols have been found at his home," Lentjes Meili said, without elaborating.

According to investigators, there was no indication that the gunman had any links to terrorism or far-right movements. He also had no known connection to the Islamic Centre.

They said it remained unclear if he was suffering from mental problems.

The man burst into the centre and opened fire on Monday evening, injuring three worshippers, aged 30, 35 and 56, who were among around a dozen people inside at the time.

Two were seriously hurt, but Lentjes Meili said that after surgery, all three men were now in stable condition.

Shortly after the attack, a body was found a few hundred metres (yards) from the scene on a river bank under a bridge.

Lentjes Meili confirmed that the body belonged to the gunman, and that he appeared to have turned his weapon on himself after his rampage.

Police had launched a manhunt after finding forensic evidence linking him to Sunday's stabbing of a 24-year-old Swiss man with Chilean roots, who was killed with several knives.

She said the two men had been friends.

Police had secured DNA evidence at the scene of the playground killing and were able to match it with DNA samples taken seven years ago from a youth who had stolen a bicycle.

But despite having identified the murderer and deploying numerous resources to find him, police were unable to track him down before Monday's shooting, Lentjes Meili said.

Investigators believe that the gunman lived alone. He had been working at an undisclosed shop, but had left his job last Friday, police said.

The man did have a legal permit for the gun  used in the attack, Lentjes Meili said.

However, gun ownership is widespread in Switzerland, where citizens are allowed to keep their army-issue weapons at home outside periods of mandatory military service.

The law allows any citizen aged over 18 to possess arms under certain conditions and there are an estimated two million weapons in private hands among Switzerland's population of about eight million.

The shooting, it said, was "an alarm signal" that should prompt action to ensure that "Islamophobia is pushed back to the margins of society, where racism and anti-Semitism once were relegated".

It called on Swiss authorities to dish out public funds to secure mosques and other Muslim institutions.

Monday's shooting was not the first such attack in Switzerland.

In 2004, a Frenchman of Tunisian origin suffering from serious psychological problems stabbed the imam at a Lausanne mosque as he spoke before some 200 worshippers.

And in 2007, a 23-year-old Swiss Muslim, also suffering from psychological issues, opened fire in a Muslim prayer hall in Crissier, not far from Lausanne, seriously injuring one worshipper.