Prince Harry will take the queen's place at the Rugby Football Union, where she has been official patron since inheriting throne in 1952. 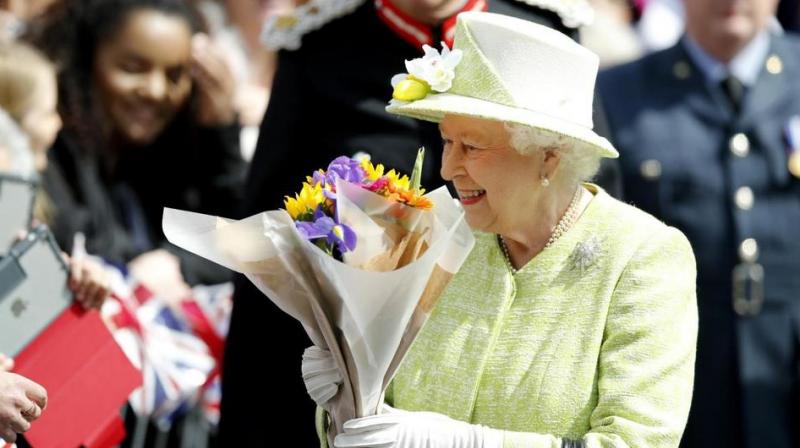 The queen has already slightly reduced her engagements in the past year, according to estimates in British media, from 393 in 2014 to 341 in 2015. (Photo: AP)

London, United Kingdom: Queen Elizabeth II will stand down as patron of 25 bodies including the Wimbledon tennis championships and the Rugby Football Union, handing them to other royals after turning 90, her office said Tuesday.

"At the end of The Queen's 90th birthday year, Her Majesty will step down as patron from a number of national organisations," Buckingham Palace said in a statement.

Other bodies on the list include the children's charity Barnardo's, the British Cycling Federation and the Royal Geographical Society.

At the All England Lawn Tennis and Croquet Club Wimbledon, where the queen has been patron since 1952 despite only attending a few matches, she will be replaced by Prince William's wife Kate.

Prince Harry will take the queen's place at the Rugby Football Union, where she has also been the official patron since inheriting the throne in 1952.

A Buckingham Palace spokesman said the charities concerned represented less than five percent of the 600 organisations of which the queen is a patron.

"The queen will no longer have a formal connection to these organisations. If there is a royal engagement, then the invitation will go to other members of the royal family," he said.

The queen has already slightly reduced her engagements in the past year, according to estimates in British media, from 393 in 2014 to 341 in 2015.

The queen became the world's longest-reigning monarch in October this year following the death of Thai king Bhumibol Adulyadej.

In September last year she had surpassed the reign of her great great grandmother Victoria, who was on the throne from 1837 until 1901.