Andrew, however, denied the allegation. 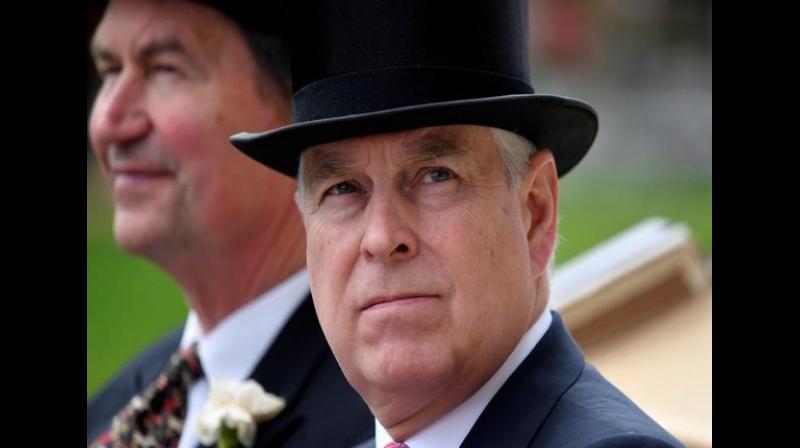 Britain's Prince Andrew on Wednesday announced that he is quitting from the royal duties following controversy over his "ill-judged" association with sex offender Jeffrey Epstein. (Photo: File)

London: Britain's Prince Andrew on Wednesday announced that he is quitting from the royal duties following controversy over his "ill-judged" association with sex offender Jeffrey Epstein.

The Duke of York is facing a lot of criticism after he failed to express sympathy for Epstein's victims in his open-ended interview with the BBC that aired on Saturday, Washington Post reported.

The impact of the interview is already visible as of some of the 200 charities he endorses had already begun to abandon him.

In a statement Wednesday, Andrew, the second son of Queen Elizabeth II, said, "It has become clear to me over the last few days that the circumstances relating to my former association with Jeffrey Epstein has become a major disruption to my family's work."

"I continue to unequivocally regret my ill-judged association with Jeffrey Epstein. His suicide has left many unanswered questions, particularly for his victims, and I deeply sympathise with everyone who has been affected and wants some form of closure," he added.

In the interview, Andrew has claimed that "no recollection" of meeting Virginia Roberts, now Virginia Giuffre. Roberts had accused that she was groomed by Epstein to have sex with Andrew on three occasions. Andrew, however, denied the allegation.

Andrew's 2010 meeting with Epstein at the latter's home in New York had also caused a public furore. The matter was also highlighted this year after Epstein was arrested for two charges of felony prostitution in July and hanged himself in August. The prince has defended himself saying he went to break off the friendship, and Epstein's home was a "convenient place to stay."

After a photo of Andrew and Epstein strolling in Central Park provoked further controversy. Following which, Andrew had to quit as a trade envoy for the United Kingdom.