Between 1999-2015, they have carried out at least 380 robberies, target high-end jewellery stores, snatching 334 mn euros worth of loot. 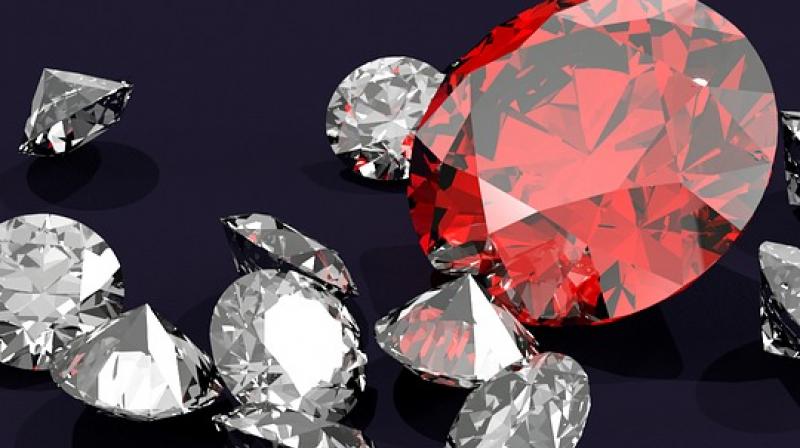 The Belfort job had all the hallmarks of a 'Pink Panther' operation, the modus operandi used by an international jewel thief network of Serbs and Montenegrins responsible for some of the most audacious robberies of the past two decades. (Representational Image)

Uzice, Serbia: They believed they were safe but a few blood drops betrayed them: 15 years after a daring robbery at a French jewellery store, the four alleged perpetrators have been found -- in Serbia.

The Belfort job had all the hallmarks of a "Pink Panther" operation, the modus operandi used by an international jewel thief network of Serbs and Montenegrins responsible for some of the most audacious robberies of the past two decades.

Between 1999 and 2015, these criminals are thought to have carried out at least 380 armed robberies, targeting high-end jewellery stores and snatching 334 million euros ($391 million) worth of loot, Interpol says.

One morning in September 2003, a group of masked men burst into a jewellery shop in Belfort, a town in eastern France just 25 kilometres (15 miles) from the Swiss border.

One pulled a handgun, while the others smashed open the glass cases, snatching 350,000 euros worth of jewellery and watches before fleeing -- all within the space of a minute.

Police later managed to arrest their Serbian fences, one of whom had a stolen watch on his wrist.

But the thieves themselves were never caught.

Nor were they identified until 2013 following progress in a forensic investigation into traces of blood on one of the glass cabinets, on a cupboard and on a Cartier box.

By analysing the DNA, they identified two Serb nationals who were unknown in France but wanted in Austria: "Zica" and "Boka", both of them 41 years old.

And by crosschecking their phone records, they also found the other two suspected of involvement in the robbery: "Sasa", 37, and "Luka", 48.

'Cult of the criminal'

All four come from Uzice, a once prosperous industrial town some 150 kilometres (90 miles) southwest of Belgrade which has since fallen on hard times.

"Most of these criminals originate from Nis, Cacak and Uzice," the town's prosecutor Ljubisa Dragasevic told AFP, explaining that many in this western region end up turning to crime due to problems making ends meet.

But there is also "the cult of the criminal within society, the tough guys", he said.

"In such circles, these activities overseas are a matter of prestige. They... see themselves as defenders of poor Serb victims of the West," the prosecutor said.

Even though they have been identified, the four remain out of reach for the French justice system because Serbia does not extradite its citizens.

Over the past decade, France and Serbia developed close judicial ties following the 2009 murder of a French football fan in Belgrade, prompting a French judge to demand that the four be summoned to a hearing before a Serbia prosecutor.

At the hearing in November, all four denied involvement in the robbery.

Boka had just been jailed over a fatal car accident, while shortly after the November hearing, Zica and Sasa began serving five years for stealing watches worth almost 950,000 euros from a Hamburg jeweller in 2014.

Several of them are also suspected of involvement in robberies in Switzerland and The Netherlands.

Such audacious robberies fund a lavish lifestyle back home, Dragasevic says, explaining that their takings are quickly spent "in bars and restaurants, taking cocaine, paying for prostitutes... buying luxury cars and expensive clothes" and often at expensive tourist sites.

"Such a lifestyle requires a lot of money, which they spend quickly and then return to their criminal activities," he added.

Their activities are not just limited to hitting jewellery stores, with one Serb investigator saying they also link up with Albanian gangs to smuggle drugs to the West.

The money is also used for loansharking, financing younger criminals, or investing in property, bars and restaurants, he said.

But they never stage robberies on home territory, their "refuge".

With extradition out of the question, if France wants a trial to be held in Serbia over Belfort, as happened with the Hamburg heist, the justice system will need to transfer the case to Belgrade.

That would have to happen quickly, however, as the 15-year statute of limitations expires on September 19.

"Everything should be done quickly so we can prosecute the criminals," Serbia's deputy prosecutor Gordana Janicijevic told AFP.

If found guilty, the perpetrators could face up to 15 years behind bars.

Otherwise, French prosecutors will have to fall back on a conviction in absentia and the issuing of an international arrest warrant -- which would mean the four thieves could no longer leave Serbia without risking arrest and extradition.