Prasun Bhattachrjee said the abuse continued as the man sat with them and continued to insult them all the way to Dublin. 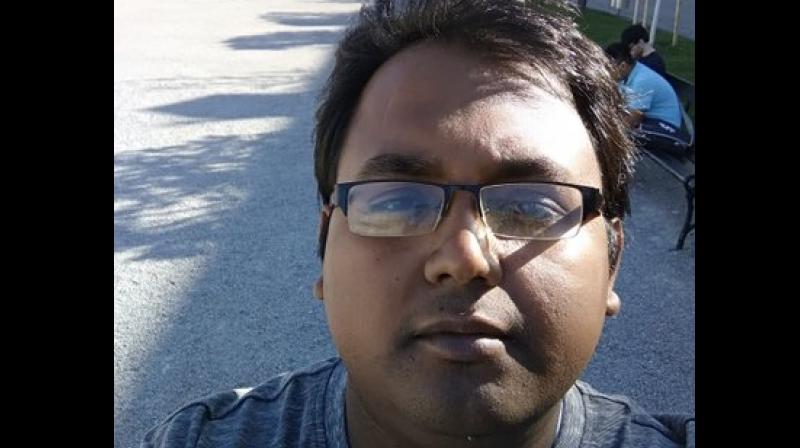 Another passenger, who was identified only as Peter, said 'the train guard could have done more'. (Photo: Twitter | @prasun6)

London: An Indian family on a vacation to Ireland has been allegedly racially abused in an hour-long tirade against their “accents, skin colour and nationality” by a beer-gulping man on a train to Dublin, according to a media report. Prasun Bhattachrjee, on a three-day visit to Ireland, with his family were on a train from Belfast to Dublin when they were racially abused by another passenger, the Irish Times reported.

The call from the Immigrant Council of Ireland came after Bhattachrjee and his parents had to endure an hour-long tirade against their accents, skin colour and culture, by a man who was drinking from a can of beer, and who sat beside them on their journey, it said.

@IrishRail @narendramodi @IrelandPM @DrSJaishankar @MEAIndia @ukhomeoffice I am an Indian traveling with BIVS with my parents. I was traveling from Belfast to Dublin ( 19:05-21:15) in coach D. A passenger abused us for more than an hour for our nationality. Feeling frustrated!

Bhattachrjee said the person had abused his family for their “skin colour, nationality and other things”. He said he believed the man was drunk, the report said.

A train guard had come along as the man was moving about the carriage talking into a mobile phone, but the man had not been put off the train and the abuse had continued, he was quoted as saying by the report.

Another passenger, who was identified only as Peter, said “the train guard could have done more”.

Peter said the guard had told the man to sit down but had made no intervention in relation to the man’s abuse. He said the man had been “boisterous”.

Peter said he approached Bhattachrjee and his parents when the journey ended and apologised to them.

Pippa Woolnough, communications and advocacy manager with the Immigrant Council of Ireland, said the incident highlighted the need for a more proactive approach to tackling racism.

“How we respond to this kind of thing is crucial,” she said. Irish Rail spokesman Barry Kenny said it was “a shocking incident”, and Irish Rail was “very sorry that this family experienced such disgraceful behaviour on board one of our train services”.

He said on board personnel did endeavour to stop the racial harassment, and also arranged for security to meet the train at Connolly upon arrival.

Irish Rail has been contacted by the customer directly on social media, and has asked for further information to assist in the investigation.

“We have also been contacted by other customers with information. We will also provide gardai, the police service of the Republic of Ireland, with CCTV footage to help identify the individual involved. Abuse of this nature has no place on our trains or anywhere in our society,” said Kenny.