Young people vulnerable to the virus too: WHO chief

While the elderly and those with pre-existing medical conditions are the hardest hit, young people are also vulnerable to coronavirus 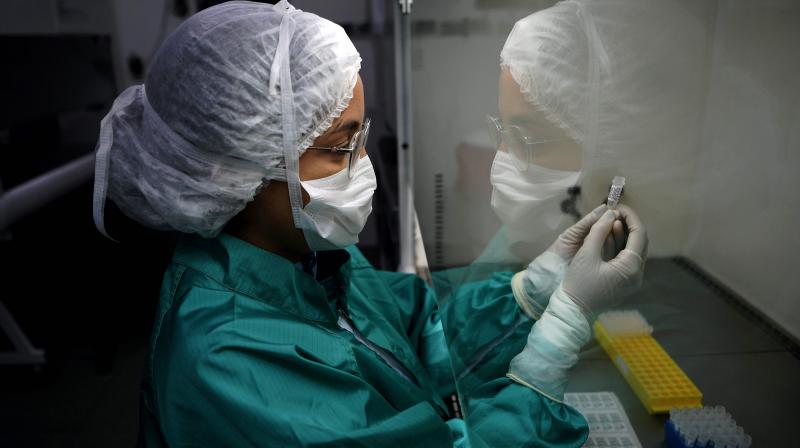 Rome: Hundreds of millions of people worldwide kicked off the weekend under a coronavirus lockdown, as the global death toll accelerated sharply and the World Health Organization warned young people they were "not invincible".

The pandemic has completely upended lives across the planet, sharply restricting the movement of huge populations, shutting down schools and businesses, and forcing millions to work from home -- while many have lost their livelihoods entirely.

The virus death toll surged past 11,000 worldwide, with 4,000 alone in worst-hit Italy where the daily number of fatalities has shot up relentlessly over the past week.

While the elderly and those with pre-existing medical conditions are the hardest hit by the virus, WHO chief Tedros Adhanom Ghebreyesus warned that young people were also vulnerable.

"Today I have a message for young people: you are not invincible. This virus could put you in hospital for weeks -- or even kill you," Tedros said.

"Even if you don't get sick, the choices you make about where you go could be the difference between life and death for someone else."

Across Europe, governments continued to rigorously enforce lockdown measures as the continent's most celebrated boulevards and squares remained silent and empty even as warmer spring weather arrived.

Italy reported its worst single day, adding another 627 fatalities and taking its reported total to 4,032 despite efforts to stem the spread.

The nation of 60 million now accounts for 36 percent of the world's coronavirus deaths and its death rate of 8.6 percent among confirmed infections is significantly higher than in most other countries.