Cameron reveals ‘saintly’ Manmohan confided in him on Pak action

For The Record is a chronicle of 52-year-old Cameron’s personal as well as professional life. 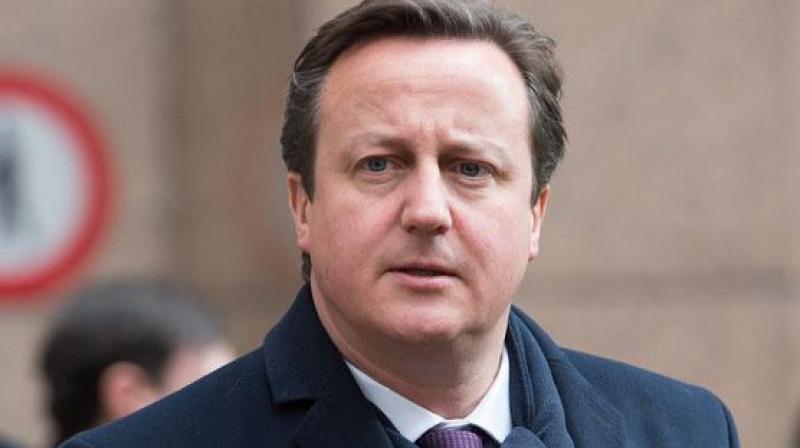 London: Former British Premier David Cameron released his memoirs on Thursday, in which he speaks of getting on well with “saintly” former Indian Prime Minister Manmohan Singh, who even confided in him about the prospect of military action against Pakistan in case of another Mumbai-like terrorist attack.

For The Record is a chronicle of 52-year-old Cameron’s personal as well as professional life, specifically covering the period between 2010 and 2016 when he was in charge at Downing Street and had close dealings with both Singh as well Prime Minister Narendra Modi. “I got on well with Prime Minister Manmohan Singh. He was a saintly man, but he was robust on the threats India faced. On a later visit, he told me that another terrorist attack like that (2008) in Mumbai in July 2011, and India would have to take military action against Pakistan,” notes Cameron, as he recalls one of his many visits to India during his time in office.

“When it came to India, I argued that we needed a modern partnership — not one tinged with colonial guilt, but alive to the possibilities of the world’s oldest democracy and the world’s largest democracy.

Many of Britain’s most successful business leaders and cultural figures are from the Indian diaspora community and would be our greatest weapons in the endeavor,” he adds.

As part of a considerable focus on the India-UK relationship in his memoirs, the 52-year-old former Conservative Party politician is all praise for the two Indian leaders and relives hugging Mr Modi on stage during his address at Wembley Stadium in November 2015.

He recalls: “Hot on [Chinese President] Xi’s heels came the new Indian PM, Narendra Modi. There were several ‘moments’ including the largest ever gathering of the Indian diaspora in the UK at Wembley Stadium.

“Before introducing Mr Modi, I told the 60,000-strong crowd that I envisaged a British Indian entering No 10 Downing Street as PM one day. The roar of approval was incredible. And as Mr Modi and I hugged on stage I hoped that this small gesture would be a signal of the open armed eagerness with which Britain approached the world.”

On a more personal note, Cameron speaks fondly of travelling around Delhi in a tuk tuk and walking through the slums of Mumbai in the pouring rain to visit a community project.

“We couldn’t afford to carry on obsessing about Europe and America while ignoring the fresh new forces that were shaping our world,” he writes.

In particular, he delves in detail into his historic visit to the Golden Temple in Amritsar during the “largest” UK trade mission he led to India in 2013 and became the first British Prime Minister to express regret for the Raj era Jallianwala Bagh massacre at the site.

Cameron recalls: “For a long time, friends and colleagues in the British Indian community had encouraged me to go to the Golden Temple in Amritsar. The holiest of Sikh sites had been the scene of a massacre in 1919, when British Indian Army soldiers fired upon a peaceful public meeting, killing hundreds of people. “No serving Prime Minister had ever been to Amritsar, let alone expressed regret for what happened. I wanted to change both those things, and would do so after the trade mission — the largest in UK history — I would lead in February 2013, “ he said.

“Ahead of my visit there was an internal row about whether I should say ‘sorry’. But ultimately, I felt that expressing regret for what I described in the memorial’s book of condolence as a ‘deeply shameful event in British history’ was appropriate. I knew what it meant to British Sikhs that their prime minister made that gesture, and I’m glad I did so.”

Mr Cameron resigned as UK Prime Minister in June 2016, a day after Britain voted to leave the European Union in a referendum, and has since taken a back seat from the world of frontline politics.