A fleet of destroyers and at least one frigate, a 30,000-tone amphibious transport dock and three support tankers entered the Indian Ocean. 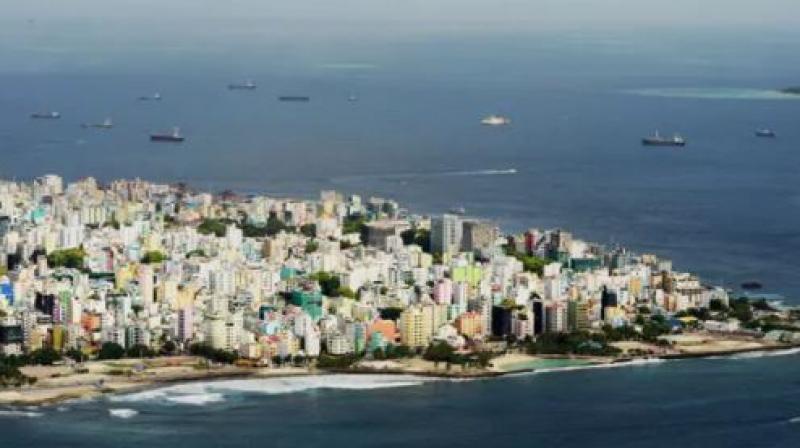 'If you look at warships and other equipment, the gap between the Indian and Chinese navy is not large,' news portal Sina said on Sunday last. (Photo: AFP)

Shanghai: Eleven Chinese warships sailed into the East Indian Ocean in February, a Chinese news portal said, amid a constitutional crisis in the tiny tropical island chain of the Maldives now under a state of emergency.

A fleet of destroyers and at least one frigate, a 30,000-tone amphibious transport dock and three support tankers entered the Indian Ocean, news portal Sina said, without linking the deployment to the crisis in the Maldives or giving a reason.

"If you look at warships and other equipment, the gap between the Indian and Chinese navy is not large," Sina said on Sunday last.

It did not say when the fleet was deployed or for how long.

Maldives President Abdulla Yameen has signed up to Beijing's Belt and Road initiative to build trade and transport links across Asia and beyond.

India also has longstanding political and security ties to the Indian Ocean archipelago 400 km away, and has sought to push back against China's expanding presence in the overwhelmingly Muslim country of four lakh people. Maldivian opposition leaders have urged New Delhi to intervene in the crisis.

China's Ministry of Defence did not respond to requests for comment.

On Friday, the People's Liberation Army posted photos and a story on rescue training exercises taking place in the East Indian Ocean on its official Twitter-like Weibo account.

China has been striking deals with countries in Asia and Africa in line with its Belt and Road initiative to improve imports of key commodities, upgrade infrastructure and trade routes in the region and boost its diplomatic clout.

President Yameen imposed the emergency on February 5 for 15 days to annul a Supreme Court ruling that quashed convictions against nine opposition leaders and ordered his government to free those held in prison. He sought parliamentary approval to extend the emergency for 30 days on Monday.