IMF's Lagarde guilty, but not punished, in French negligence trial

The court has decided not to punish her or give her a criminal record. 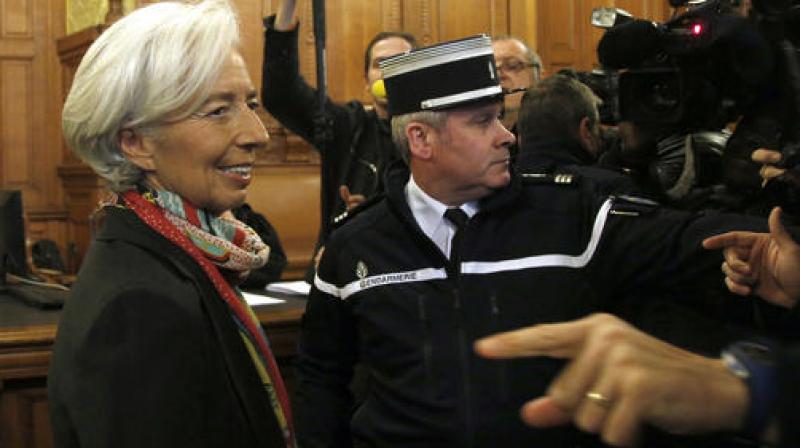 Paris: IMF chief Christine Lagarde has been convicted by French court over tycoon payout. But the court decided not to punish her or give her a criminal record.

The Court of Justice of the Republic ruled that her negligence while servicing as Finance Minister allowed for the misappropriation of funds by other people. The others, in a separate case, haven't yet been tried.

The IMF Head was accused of negligence over a massive payout to a tycoon when she was the French Finance Minster.

The singular case plays a determining role in the stellar reputation of the first woman ever to become the finance chief of a Group of Eight country.

At the heart of the trial was Lagarde's 2007 decision to allow a dispute over flamboyant Bernard Tapie's sale of the Adidas sports brand to Credit Lyonnais bank to be resolved by an unusual private arbitration panel, instead of the usual court procedure.

The 60-year-old former corporate lawyer has also been accused of failing to challenge a $422 million award that emerged from the arbitration.

However, she had argued in evidence on Friday that she had acted on good faith in approving the payment to Tapie to settle the row.