The lower house had voted overwhelmingly in favor of the measure on September 12. 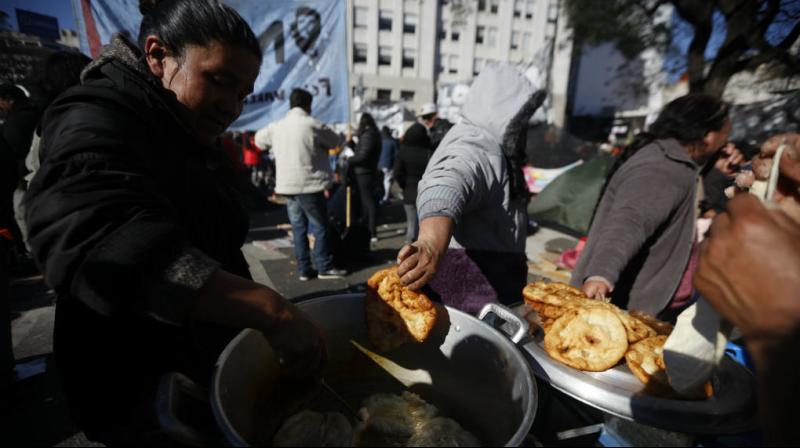 Argentina’s Senate unanimously approved a law on Wednesday that will increase state funds dedicated to fighting hunger and improving nutrition as the country grapples with stifling inflation and increased poverty. (Photo: AFP)

Buenos Aires: Argentina’s Senate unanimously approved a law on Wednesday that will increase state funds dedicated to fighting hunger and improving nutrition as the country grapples with stifling inflation and increased poverty.

The measure establishes a “food emergency” and allocates a 50 per cent boost in the current budget for national public food and nutrition policies, according to the government.

The lower house had voted overwhelmingly in favor of the measure on September 12. It was proposed by opposition lawmakers, including those from the party of Alberto Fernandez, the Peronist opposition candidate and front-runner in the Oct. 27 presidential election.

“Poverty is not a petty problem. We have lived in a social and food emergency since 2002,” said Senator Luis Naidenoff, president for the ruling party’s bloc in the Senate.

Argentine economic growth has stalled since last year, while inflation, running at 54.5 per cent for the last 12 months, is far outstripping salaries, leading to a sharp uptick in poverty, official data shows. The economic crisis spiraled further after the shock results of a primary vote in August dimmed President Mauricio Macri’s chances for re-election.

Macri announced several emergency measures in the week after the primary election in an effort to bring some relief to consumers, including a sales tax cut on some basic food products, including bread, sugar and milk, until the end of year.