Police and investigators said that the seriously injured driver was armed and suspect that the incident is a deliberate act. 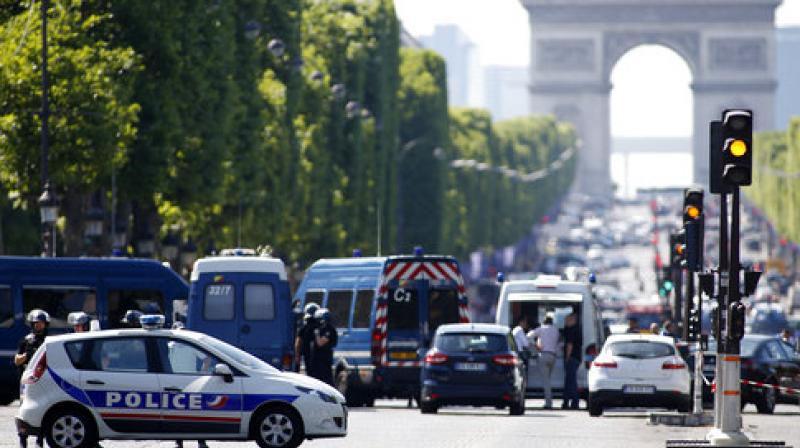 Paris: A car exploded and burst into flames after it crashed into a police van on the Champs-Elysees avenue in Paris on today, police and investigators said, adding that the driver was armed.

A source close to the investigation said the driver was "seriously injured". Police said earlier that the driver was "on the ground...unconscious." Police and judicial sources said they suspect the incident was a deliberate act.

The incident came just two months after a policeman was shot and killed on the world-renowned avenue, three days before the first round of France's presidential election.

A note praising the Islamic State group was found next to the body of the gunman, Karim Cheurfi, in that incident. Police later found other weapons in Cheurfi's car including a shotgun and knives.