British PM determined to leave EU without exit deal if terms are disagreeable. 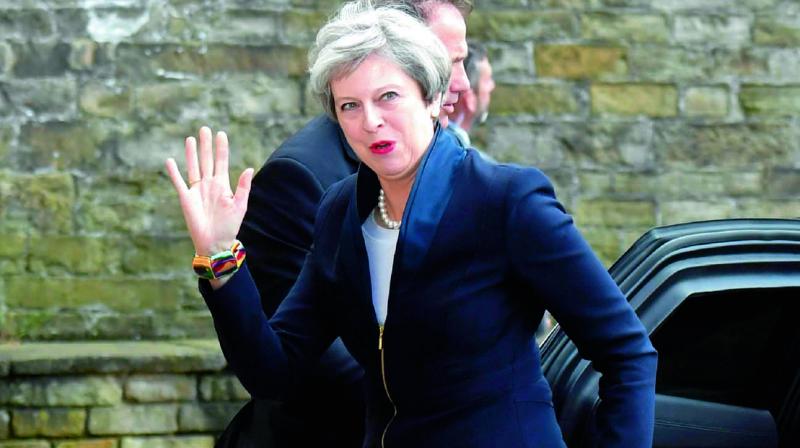 Halifax, UK: British Prime Minister Theresa May urged voters to “strengthen my hand” in Brexit talks and vowed to cut immigration as she unveiled her Conservative Party’s manifesto Thursday ahead of a general election.

May reiterated that Britain would be leaving the European single market and the customs union and warned of battles ahead over the next two years as the country negotiates its departure from the European Union.

“Every vote for me and my team will strengthen my hand in the negotiations to come,” May said at the launch in Halifax in northern England, calling it “a manifesto to see us through Brexit and beyond”.

“If we fail, the consequences for Britain and for the economic security of ordinary working people will be dire. If we succeed, the opportunities ahead of us are great.”

Pitching to voters outside her centre-right party’s traditional base, May promised new rights for workers, to curb executive pay and cap energy prices.

She repeated a pledge to cut net migration to below 100,000 a year -- despite the government’s failure to meet this target since 2010.

As dozens of anti-austerity campaigners and trade unionists rallied outside, she declared: “It is time to put the old tribal politics behind us and to come together
in the national interest, united in our desire to make a success of Brexit.” May said “the next five years will be among the most challenging in our lifetime” -- and repeated that only she offered the “strong and stable leadership” necessary. “We will leave the EU and take control of our money, take control of our borders, take control of our laws,” she said to applause from the audience of activists and Cabinet members.