Sanjeev Gupta received the title 'CEO of the Year' at the prestigious Platts Global Metals Awards in London. 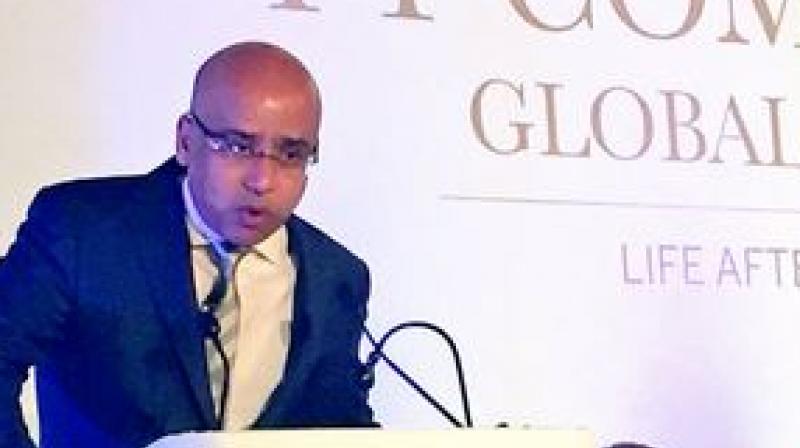 London: Britain's Indian-origin steel tycoon Sanjeev Gupta has bagged a top global award for his successful acquisitions and his drive to transform the steel industry in the UK, India and beyond.

Gupta, the executive chairman of the Liberty House Group who has been behind a series of acquisitions in the British steel industry of former Tata Steel and Caparo assets, received the title "CEO of the Year" at the prestigious Platts Global Metals Awards in London yesterday night.

He was chosen from a shortlist of 10 top metal industry executives, including Indian CEOs Sajjan Jindal of JSW Steel and Prakash Kumar Singh of the Steel Authority of India, who lead prominent businesses in Europe, Asia, North America and Australia.

In their citation, the judges' said they were "impressed by his track record of successful acquisitions and his role as a motivator willing to swim against the tide of pessimism prevalent in the industry."

"This has been an extraordinary period for our group as we pursue our GreenSteel vision for a resilient, high-value metals industry. It is hugely encouraging for our work to be recognised in this way by our peers in the industry and it motivates us to pursue this mission even more vigorously," Gupta said.

"I am proud and humbled to receive this award on behalf of all our 5,000 staff who have been part of this mission." The high-profile honour follows an intensive 18-month period during which the Liberty Group invested more than 500 million pounds to acquire and turn around metals, energy and engineering operations across the UK, saving more than 5,000 jobs in the process.

He subsequently went on to pursue major mining and metals assets in the US and Australia. Since mid-2015, Liberty has moved from being largely a trading entity to become one of the UK's largest industrial employers and owner of the country's last aluminium smelter, its largest steel plate mill and largest scrap melting capacity.

In leading Liberty through this transformational phase, Gupta has applied his GreenSteel business model, designed to secure a competitive, low-carbon future for metal manufacture, through recycling, use of renewable energy and vertical integration with value-added engineering activities.

His success in securing the coveted the S&P Global Platts CEO title comes in the Liberty Group's 25th anniversary year. The company has grown from its beginnings as a trading operation run from Gupta's student halls of residence at Cambridge University into a global metals and industrials enterprise expected to gross around 7 billion dollars this year.